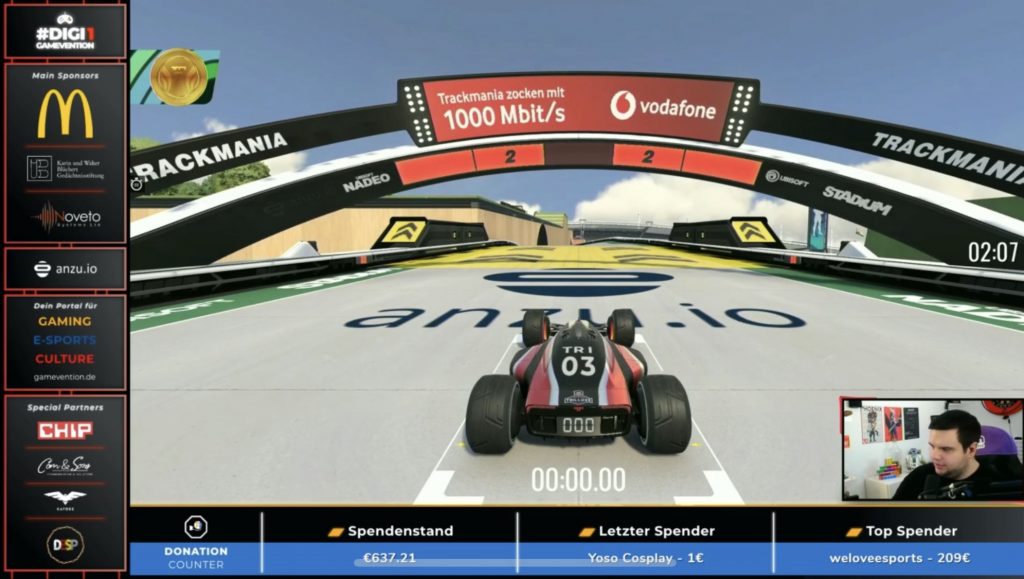 Is Ubisoft Nadeo toying with in-game advertising in TrackMania again?

Ubisoft Nadeo has released Trackmania (2020), a remake of TrackMania Nations. This is a game with a history of innovation through in-game advertising.

As far back as 2005, TrackMania Sunrise was released with tracks that included hardcoded advertisement billboards. This was shortly followed by TrackMania Nations in 2006. This release included the well-known stadium map and advertisement panels, which showed ads from sponsors ‘streamed’ from the internet.

IGA Worldwide and Nadeo struck an in-game ad deal back in 2009 to insert ads onto these billboards but Nadeo soon after switched to Massive inc which Microsoft subsequently closed.

Massive’s closure ultimately drove the decision for Ubisoft to shut down TrackMania nations servers as Nadeo could no longer make money from this in-game advertising revenue stream. An early example of gamers benefiting from the kind of content that in-game advertising support – free to play.

Fast forward to the release of Trackmania 2020 when, during the #Digi1 Gamevention event, gamers faced off in the remake whilst experiencing real-life, naturally placed and fully immersive in-game Vodafone advertisements displayed by Anzu. 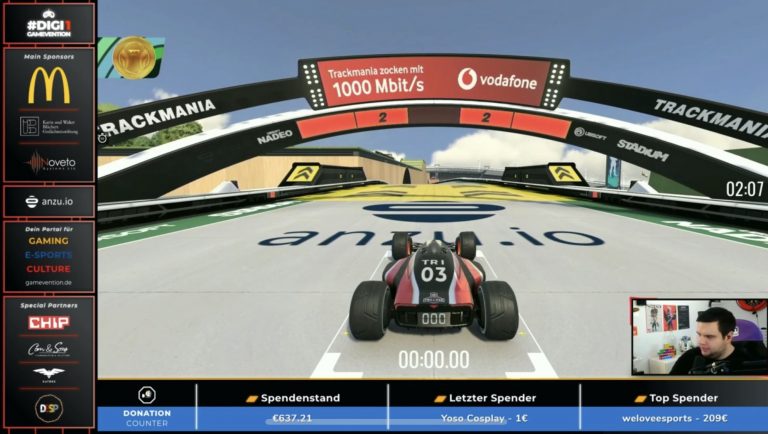 It remains to be seen if Anzu were serving these ads dynamically during the event but it’s great to see a top publisher display in-game advertising once again after a period of hiatus. Indeed, the current monetisation strategy for Trackmania has come under fire after charging a yearly instalment fee which they claim is not a subscription. Get that thesaurus out Nadeo.

In-game ads haven’t been seen in the gameplay footage of the main release but it’s certainly interesting to see Nadeo dip it’s toe in the water given the strong history of ads in Trackmania, a new and ridiculed monetisation strategy and the advances within the in-game advertising tech on the market which is leaps and bounds ahead of 2007-2009 from an infrastructure standpoint.