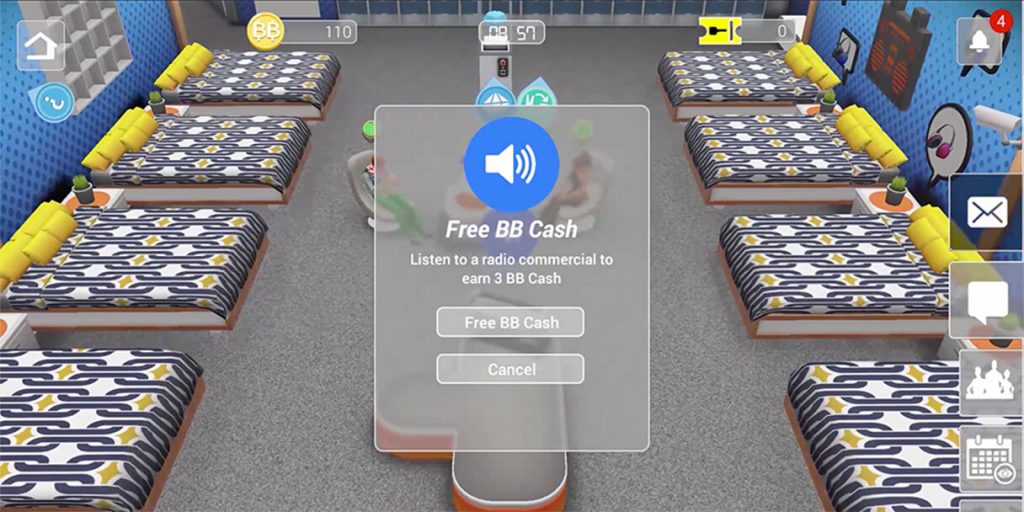 The global TV-show phenomenon created by Endemol (now Banijay) was first aired in 1999, and has since seen 448 seasons in over 54 countries and regions. Offering viewers a titillating experience as onlookers of the drama and intrigue that unfolds when you put a group of people together in a confined space for a period of time. Today, for the first time ever, the concept is launching in a new mobile format developed by award winning game development studio, 9th Impact, bringing forth a whole new genre of ‘reality gaming’. Available in two modes, viewers can choose to be spectators or become competing virtual housemates for the chance to win a life-changing prize fund guaranteed at $10,000, and increasing by $0.69 for each player that joins, up to a maximum prize of $1,000.000.

Available on iOS and Android, and streaming on Twitch, the game involves ‘Sims like’ contestants fighting to remain in the house the longest by making strategic choices and navigating both the social game and various Big Brother challenges. Just like the TV-programme, the game will include classic Big Brother elements like voting, alliance forming via public chats and competitions to become Head of House. In order to stay ahead of the game, housemates can earn rewards in the form of BB cash, which can help them buy clothing, bribe other housemates and get challenge do-overs. One of the ways the players can earn rewards by listening to rewarded audio ads, which they can do by switching on the Big Brother house’s radio and letting an advertisement play. Serving these ads is none other than AudioMob, the originators of the rewarded audio ad plugin.

User experience is more important than ever and has the power to make or break a mobile game. The use of AudioMob’s innovative rewarded audio plugin within the Big Brother game is a perfect example of how developers can monetise their games without compromising on the game experience. Seen in the video below, as housemates click on the radio they are asked if they want to listen to an audio ad in exchange for a reward; in this case BB cash. If the housemate consents, the audio ad will begin to play in the background while the player can continue playing the game whilst earning their rewards.

The rewarded audio plugin is a new innovation on the gaming scene and a direct response to the annoying and intrusive ads in mobile games we all know too well. Created by AudioMob, one of Google’s most exciting startups, the elegant and seamless plugin helps developers unlock incremental revenue and LTV by amplifying existing ad placements with a potential of 250% revenue increase. More importantly, it helps the creation of better games that gamers enjoy and deserve, that keeps them coming back for more.

“We’re thrilled to be working with 9th Impact for their release of the Big Brother mobile game.  This launch will bring to life a whole new reality gaming genre, which will change the way people play games and connect forever”, said Christian Facey, CEO and co-founder of AudioMob.”Enhancing user experience through innovation is at the heart of what we do, and it is so exciting to be part of a project that reflects these values.”

The game is available to download now on the App Store and Google Play Store, and can be streamed on Twitch. The game is free to download for spectators, with optional in-game purchases – to become a housemate it will cost $4.99, which encourages users to truly experience the game. You can also visit https://www.bigbrother.game/ to learn more.