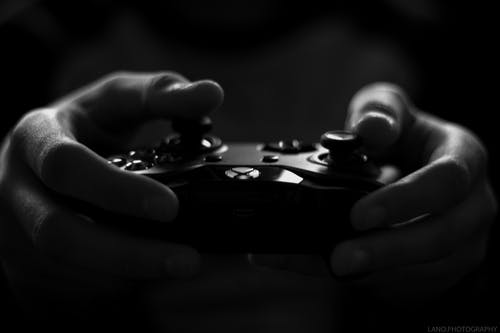 No-one would have believed you if you’d suggested a year ago that many of us would see more outdoor advertising in virtual environments in 2020 than in the actual outdoors. But that has surely been the case, our locked-down gaming habits taking us past more bus shelters and billboards (in pixel form) than our currently suspended daily commutes.

It’s been an extreme way to demonstrate the mainstream appeal of in-game advertising, particularly in mobile, but for better or worse, it has definitely worked. The pandemic hasn’t created the sense of possibility around in-game – that has been there for a long while – but it has undoubtedly made advertising around gaming a far more tangible concept.

The big boys of advertising are certainly sold. In January, Publicis Groupe UK launched its own gaming and esports division, Publicis Play. In November, Dentsu UK&I spawned its own gaming specialist, DGame. It is obvious why: UK gaming industry revenues rose by almost 10 per cent in 2020, with annual growth of 7.3 per cent forecast for the next five years.

The story of in-game advertising’s journey to the mainstream has been a we’re-nearly-there one for so long that those of us in this specialist arm of the business are more than prepared for this shift. For brands who might be new to the space, however, it’s worth addressing a few of the most common questions that hover over the in-game advertising world.

Gaming hasn’t boomed purely because the world shut down

It’s true we’ve had more time on our hands than usual this year, but gaming’s curve has always been an upward one, and gamers were already a hugely diverse crowd, with wildly divergent tastes and demographics. Mobile gaming audiences alone are on course to hit 3.2 billion by the end of 2023, and App Annie estimates that more than $120 billion will be spent on mobile gaming this year. As Publicis Poke CEO Nick Farnhill recently observed, “using the phrase ‘gamers’ is about as useful as using the terms ‘TV-er’ or ‘movie-er’”.

Then again, there have been unusual opportunities during lockdown. With movies not currently hitting the multiplexes, cinemas in South Korea and the US have been renting out their screens to gamers.

Successful brands in in-game environments are those that don’t attempt to elbow their way to the fore but respect the importance of meaningful in-game interactions that are appropriate to the context. Research tells us that unobtrusive formats are often more effective than disruptive ones, and ads that do reach out of the gameplay have a unique opportunity to enhance human connection, and even to fuel creativity.

In the dog days of the pandemic, meeting up in-game has also been one of very few available ways to spend time with friends and share experiences. That gives smart brands a chance to build meaningful relationships – if they can figure out how to enhance the gaming experience. Experimentation is key, but above all be natural, be seamless, offer something that adds to the gameplay.

Yes, games are a safe environment

At least, ours certainly is, but the rule is a general one. All our inventory is in-app, which is one of the safest environments for brands, and all the apps that supply our inventory have already been vetted by Apple and Google and manually by us. So we are in a position to ensure that no ad will ever appear adjacent to content that has the potential to harm.

The blossoming of 5G and cloud-based gaming services in the coming years means we have scarcely seen anything from games yet, particularly in the mobile channel, and as well as increasingly high-spec experiences we will inevitably see a further increase in scale.

Our own bespoke technology, too, is moving on fast. Our In-Play format allows advertisers to fit seamlessly into games, with brand awareness ads in realistic virtual locations; our new In-Menu format lets brands place contextually-relevant, performance-focused banner ads in between gameplay.

We can also measure viewability in ways never seen before, taking account of complex scenarios, 3D worlds and objects in motion – and in the US we recently patented the algorithmic technology, known as BrainImpression, that facilitates that understanding. In January, we launched our Unity SDK on the Unity Asset Store, providing developers with easy access to our patented ad technology – to ensure that programmatic ads are being correctly implemented by game developers.

So a great deal has changed in recent years. And while many brands may have been waiting for the right moment to dip into the opportunities of in-game advertising, we suddenly find ourselves in a situation where those who leave it much longer will be genuinely late to the party.