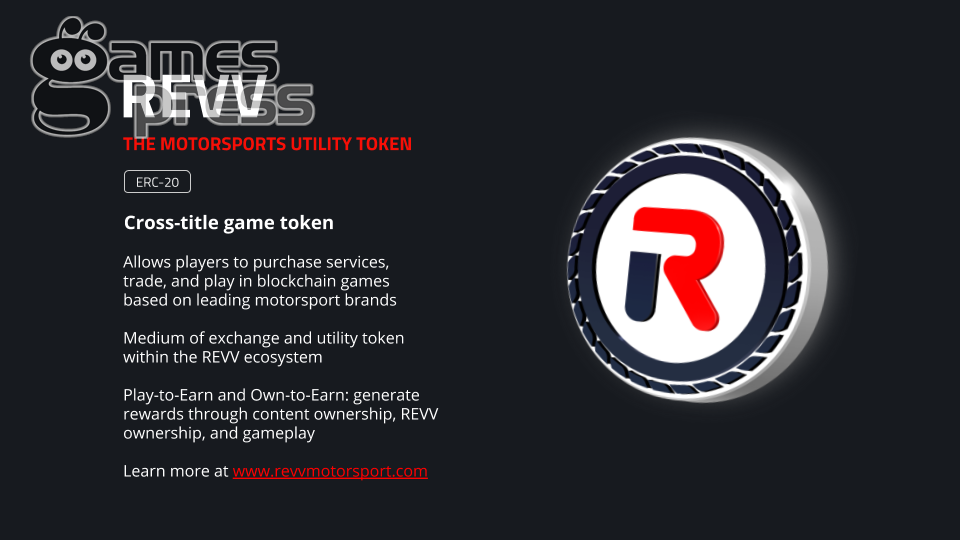 Animoca Brands has just announced that it has secured a digital content licence agreement with Formula E Operations Limited (“Formula E”) to develop a blockchain game and non-fungible tokens (NFTs) based on the world’s first all-electric single-seater racing series. The new game will utilise the Company’s REVV Token as its primary in-game currency, joining a growing decentralised REVV ecosystem that already includes other leading global motorsport brands Formula 1® and MotoGP™.

The ABB FIA Formula E World Championship showcases industry-leading technology and blends the real and virtual worlds, on and off the racetrack. Interactive racing features such as ATTACK MODE and FANBOOST are fully integrated into the sporting product, while Formula E’s debut esports series, which ran earlier in 2020, offered a real-life driving opportunity for the winning sim racer.

Founded to counteract climate change by accelerating the adoption of electric vehicles, Formula E is the first sport in the world to be certified as net zero carbon and has more automotive manufacturers on the grid than any other racing series. In its six season history, Formula E has become recognised as a purpose-driven innovator that works closely with top global carmakers and commercial partners to develop electric vehicles and sustainable mobility technologies that improve the performance and efficiency of electric road cars.

Animoca Brands is delighted to have signed a multi-year partnership with Formula E with a non-exclusive worldwide licence that will enable Animoca Brands to develop a blockchain game and associated NFTs using the intellectual properties of Formula E, including the World Championship’s teams, sponsors, drivers, cars, and tracks.

The Formula E blockchain game will have a collectible component based on NFTs, which will include cars, drivers, and race tracks, and a racing component that utilises those NFTs. The game will use REVV (the ERC-20 utility token for branded motorsport blockchain games that are produced by Animoca Brands) as the primary in-game currency.

The REVV Token is designed to enable true digital ownership of game assets, giving players freedom and control over in-game content. Supporting games include F1® Delta Time, a blockchain game based on MotoGP™ (initial features releasing in Q4 2020), and now the Formula E blockchain game, expected to begin launching in 2021. REVV is currently available for purchase on multiple exchanges and from its website at www.revvmotorsport.com.

Like other products in the REVV Token ecosystem, the upcoming Formula E blockchain game will grant its users full ownership over their in-game assets, including the freedom to trade or sell the assets on third-party marketplaces. This is in contrast to traditional games, which merely provide users with a license to utilise (not own) in-game content and which typically do not allow users to trade outside of the game’s proprietary platforms or to monetize in-game assets.