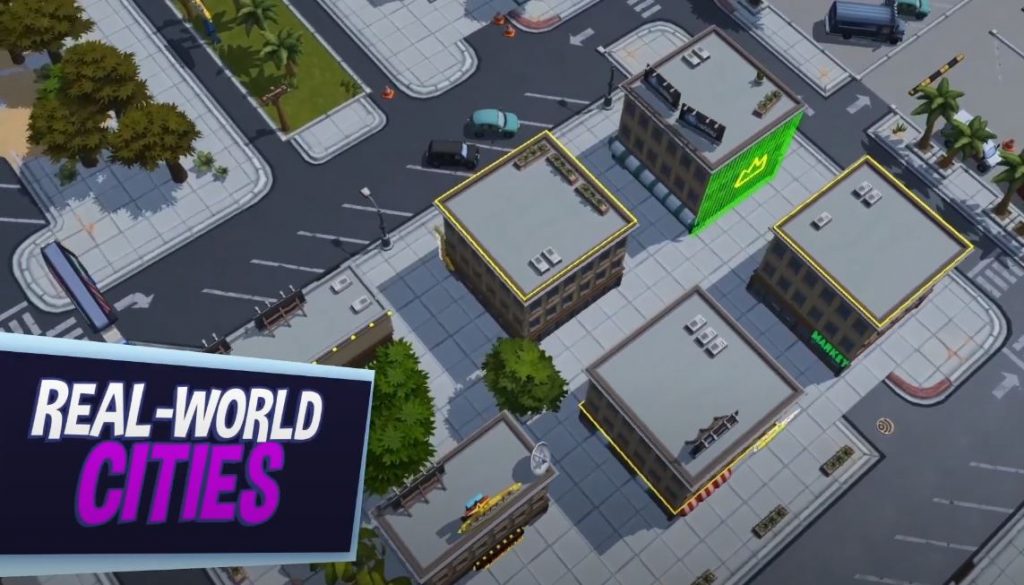 nWay, a subsidiary of Animoca Brands, announced that Battlepalooza, a new multiplayer battle royale game based in real-world cities designed for players of all skill levels, will release worldwide on Thursday, December 10, 2020 for iOS and Android devices. The game is presented as a digital game show in which live contestants from around the world compete in real-time for prizes. Starting today, players can pre-register to unlock special in-game rewards by visiting battlepalooza.com.

“Battle royales are competitive and the multiplayer action is unpredictable, making it one of the most engaging and replayable genres,” said Taehoon Kim, CEO of nWay, “However, they aren’t for everyone. If you don’t have a high level of shooting game experience, skills, and reflexes, you don’t have much of a chance at winning. That’s not fun. That’s why we made a fun battle royale game for the rest of us.”

To make a more accessible battle royale, nWay designed Battlepalooza’s combat system to reward players who utilize a blend of strategy, skill, and luck — not just reaction time. The game takes the inventory and equipment loadout system of RPGs and the mid-match player progression of MOBAs (multiplayer online battle arenas) to add strategy and depth, making it more accessible to a wider variety of players. The game uses a top-down camera view for easier navigation and features diverse sets of powerful items, consumables, weapons, and skills — including the gravity bomb, cannon bots, invisibility gear, drones, warp potions, barricades, and much more. Players will need to think strategically to select the most advantageous gear and skills to equip before entering into battle.

Battlepalooza will allow up to 24 players to play together, and features team modes including Duo (up to 12 teams of 2) and Trio (up to 8 teams of 3), with drop-in drop-out multiplayer for easily accessible and fast session play.

Battlepalooza was developed in collaboration with Google‘s Real-World Games team and uses Google Maps Platform to transform real-world cities into playable battle arenas. The game will initially feature Las Vegas and San Francisco, with more city arenas to be added on a continuous basis.

“With Battlepalooza, we set out to create a unique experience. By combining real-time multiplayer competition and real-world city arenas with strategic combat systems and high accessibility, Battlepalooza will redefine the way players experience battle royales,” added Taehoon Kim, CEO of nWay. “We are optimistic about Battlepalooza and have already planned a robust roadmap of features and content to come in the near future.”