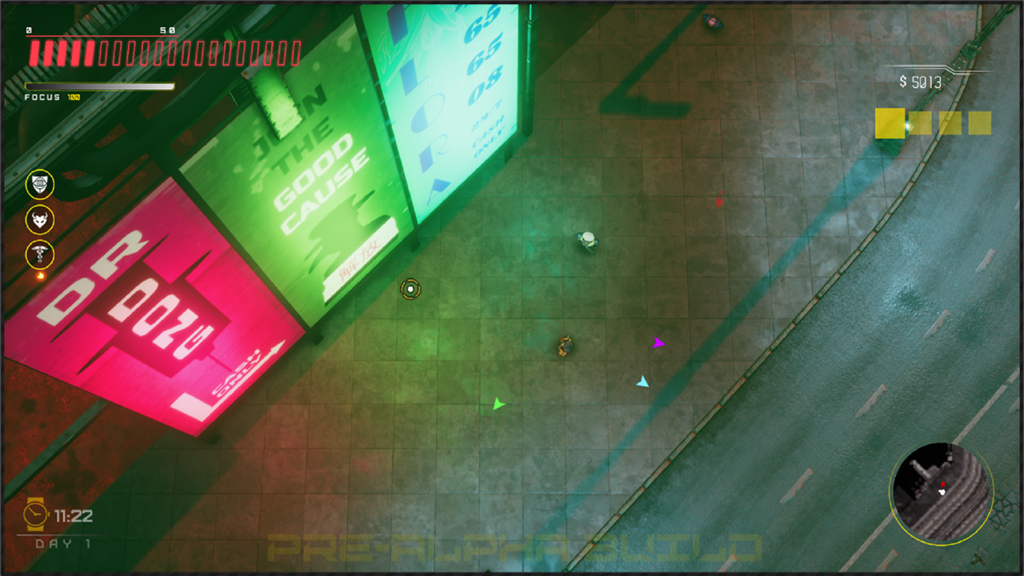 Mayhem on neon streets awaits, with a free demo coming to Steam on Feb. 3rd

Welcome to the dystopian future! Developer Dark Lord and Publisher Daedalic Entertainment are happy to announce Glitchpunk, a cyberpunk-themed game with an old school GTA 2 feel. Set to be released in 2021, Glitchpunk is a top-down action game where you shoot, brawl, drive, steal and sneak yourself through a neon-soaked world full of gangs and cults, forging cooperations along the way. A demo of the game is available during the Steam Games Festival: February 2021 from 3rd February to 9th February.

In Glitchpunk you play as a glitching android going against your own programming and challenging the tyrannical governments and megacorps of the dystopian near-future. Forge your own path in several cities full of drug-crazed gangs, aggressive police, and irresponsible drivers that make each mission and playthrough unpredictable. Steal cars and lead your enemies on a merry chase, fight them with a variety of melee and long-range weapons, and upgrade your own body with tech. But Glitchpunk isn’t just about blowing things up, it also tells a story of transhumanism, xenophobia, and religion. You can influence the world around you, make new friends, face off against more enemies than you can count – and you might even find love.

Glitchpunk is set to enter Early Access on Steam in the first half of 2021. Get more information on Steam and join the community on Discord.