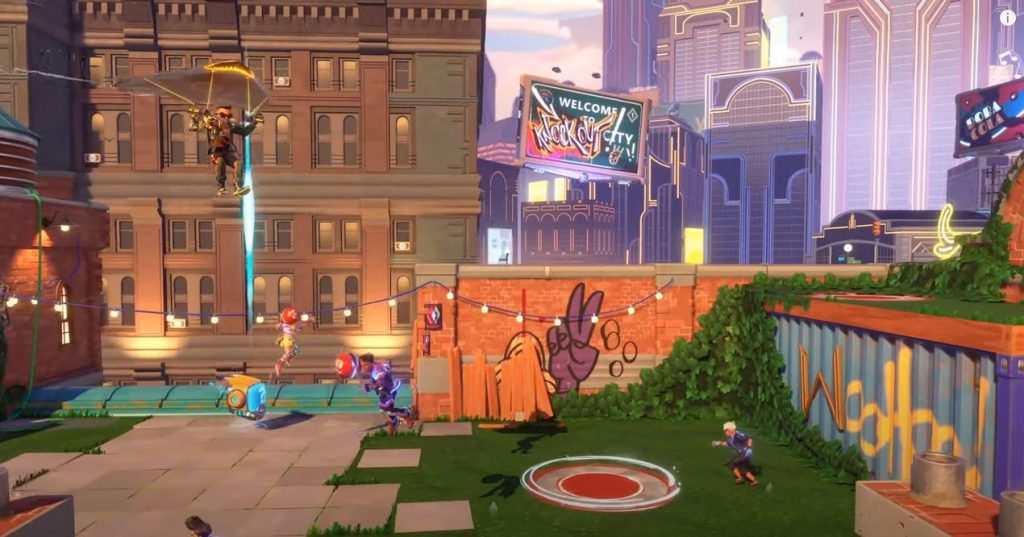 Free Trial to Kick-off the Game’s Launch on May 21, 2021 Across Consoles and PC. First Closed Beta on PC via Origin and Steam to Start February 20

Electronic Art and Velan Studios just unveiled Knockout City, an action-packed team-based multiplayer game that brings skill, depth and style to the game of dodgeball, and transforms it into dodgeBRAWL! In Knockout City, intense battles are a way of life and players will need to master the art of throwing, catching, passing and dodging in a joyful, yet highly competitive experience that will smack them in the face with surprises. KnockoutCity, the newest game under the EA Originals label, will be available on May 21, 2021 on PlayStation®4, Xbox One, Nintendo Switch, PC via Origin™ and Steam, as well as PlayStation 5 and Xbox Series X|S through backwards compatibility with graphical and performance enhancements. The game will also support cross-play and cross-progression across all systems.

At Velan we obsess over finding new play experiences,” said Karthik Bala, Co-founder and CEO of Velan Studios. “Knockout City starts with the deceptively simple concept of throwing and catching a ball and layers in an incredible amount of skill, depth and style, for a refreshingly fun competitive multiplayer experience that you have to play to believe. It ain’t just dodgeball, it’s dodgeBRAWL. Since we first found that magic in the game, we haven’t been able to stop playing and we can’t wait to share that experience with some of you during this weekend’s first closed beta.”

Whether it’s 3v3, 4v4 or free-for-all quick matches in Street Play, competitively ranked games in League Play or a hosted experience in a Private Match, the fight to take down rival Crews takes many forms. In Knockout City, players start every match on a level playing field and need to rely on skill to dominate the competition. A solid Crew is also the difference between dishing out punishment and taking it. The game is easy to pick up and play, but practice is key to mastering positioning, timing and teamwork for dodgeBRAWL dominance.

And of course once players master the moves, they’ll want to be seen with their own unique look. Knockout City’s robust customization options – from appearance, gear, attitude, body type and hairstyle to a custom glider, KO effects and taunts – will have players brawling in style. It’s not just about the player but also their Crew, and with up to 32 friends across platforms, players can customize their Crew name, logo, banner and even pick a custom Crew vehicle to ride into battle.

“We’re honored to be working with Velan Studios on their first-ever EA Originals release,” said Steve Pointon, SVP 3rd Party Content & Development at Electronic Arts. “Composed of some of the greatest minds in the industry, the team’s work on Knockout Citytruly showcases their vast expertise and talent. We’re very excited for everyone to play it and feel what makes this game a high-energy and innovative experience.”

Players in North America and across Europe will have the opportunity to play the game on PC during the first beta taking place this weekend, February 20-21 on Origin and Steam.

When the game launches on May 21, players will also have access to a free trial for a limited time across PC via Origin and Steam, PlayStation 4, Xbox One, Nintendo Switch, PlayStation 5 and Xbox Series X|S, during which time the full game will be playable. At launch, Knockout Citywill deliver a full multiplayer package with five multiplayer maps, one interactive environment where players and their Crew can practice, six ball types, full character customization, cross-play, cross-progression, Street Play with five starting playlists, League Play, Private Match, and the complete Street Rank Progression with hundreds of cosmetic items. Beyond this huge value at launch, Knockout City will also bring a ton of new content through seasons at no additional charge, where each season can include new maps, modes, balls, limited time events and more.