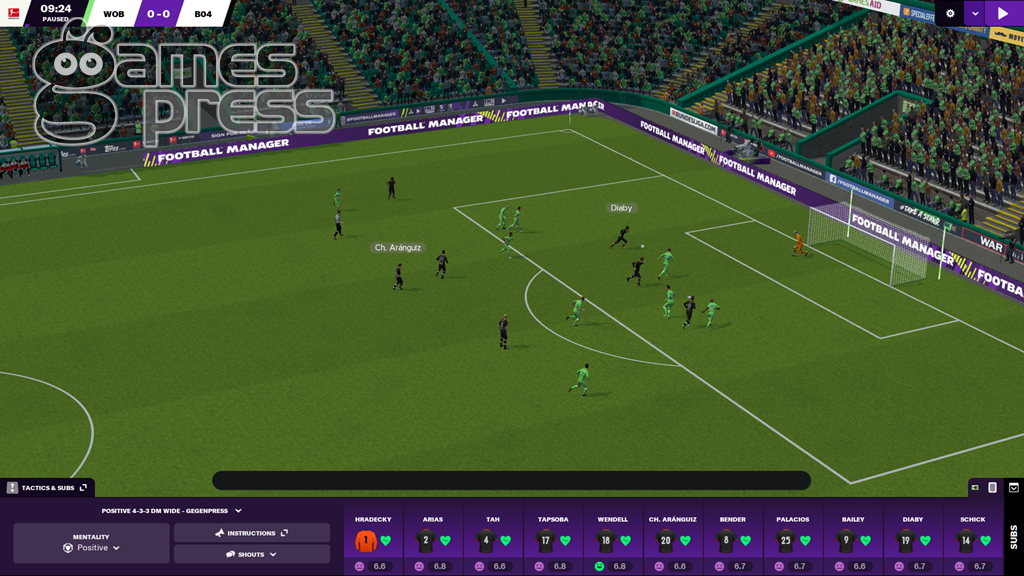 The time is finally here… Football Manager 2021 is out now on the Epic Games Store and Steam, check out the launch trailer here. FM21 Mobile also makes its debut today on iOS and Android and is available to download and play right now from the App Store and Google Play. FM21 Touch and the Xbox Edition will be available on 1 December 2020.

Managers who have been enjoying the FM21 pre-release Beta need only to quit and restart the Epic Games Launcher or Steam and the game will update to the full release build. Single-player progress from the Beta can be carried forward into the full game.

The full release of FM21 includes a host of improvements from the Beta version. Access to the Steam Workshop and both the pre-game and in-game editors is now available too.

Managers will enjoy more control than ever over their team’s success on and off the pitch with new gameplay systems, an increased level of analysis and information and additional resources at their disposal.

Interactions with players and the media have been overhauled to create a more true-to-life experience and matchdays look and feel more spectacular with a host of graphical and presentation improvements as well as new pre-and post-match events. Additionally, managers will have more power over player recruitment and new ways to celebrate success at the end of the season.

Feedback to the FM21 pre-release Beta has been the best in the series to date. Steam user reviews are showing as ‘Very Positive’ with 92% positive reviews from the more than 1,300 in total. There has also been praise amongst the FM community for the match engine and interaction improvements.

FM21 Mobile adds three new nations – Argentina, Canada and Mexico – in the most international offering in the series to date. Additionally, there are a number of improvements to existing systems such as tactics, interaction and dynamics.

FM21 Touch on iOS and Android and FM21 Xbox Edition will join the FM squad on December 1st, 2020 with the Nintendo Switch™ version of FM21 Touch expected before the end of the year.