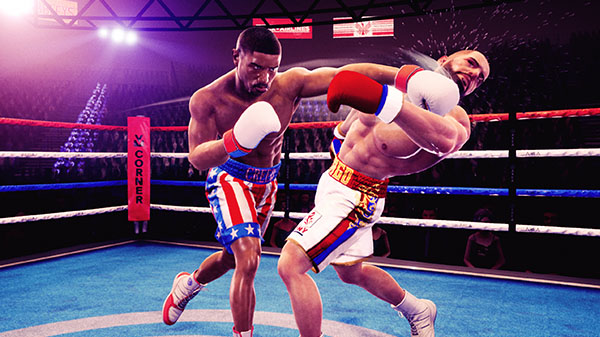 As players step into the ring in Big Rumble Boxing: Creed Champions, they train, fight and win like legendary boxers, such as Adonis Creed and Rocky Balboa. The game is based on the most acclaimed movie franchise in boxing history. Experience an intense arcade mode, train like Rocky with classic training montages, or go head-to-head with friends with a local multiplayer experience.

It is their message of perseverance, despite all odds against them, that has made Rocky and Creed global phenomenons. Production company Chartoff Winkler Productions has produced Rocky and Creed, two MGM films that have earned over $1.3 billion at the box office worldwide, three Academy Awards, and ten nominations. Rocky will celebrate its 45th anniversary later this year, and the franchise continues to inspire new generations of fans everywhere.