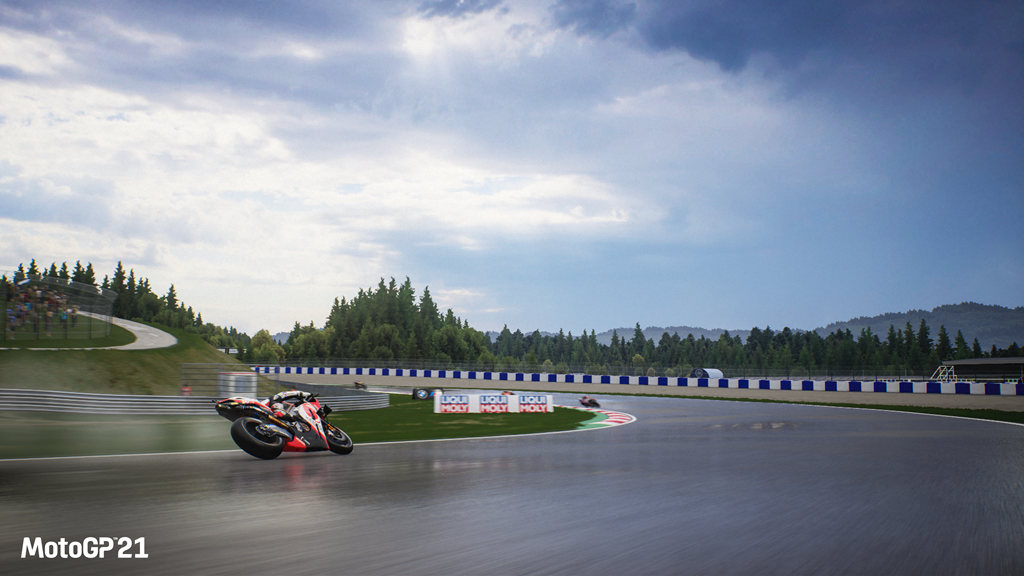 MotoGP 21 warms up the engines!

Milestone and Dorna Sports SL confirm the release of MotoGP ™ 21 , the next chapter in the popular two-wheel racing simulation that continues the franchise’s success story. MotoGP 21 will be available on April 22nd for PlayStation 4, PlayStation 5, Xbox One, Xbox Series S | X, Nintendo Switch, Steam and the Epic Store.

MotoGP 21 is ready to conquer the next generation of consoles. With the official 2021 season, the right gear will be engaged to really turn the gas tap on!

A new strategic manager career mode, the clever and advanced neural AI and real-life gameplay innovations improve the simulation experience and the empathy of the players for their bike. This year MotoGP feels more real than ever!

Thanks to new features, the revised manager career allows players to immerse themselves even more deeply in the sport on and off the track. It is important to put together the best possible team and to find the optimal settings for the bikes. The speed on the race weekend depends largely on the preparation.

The personal manager is a key figure. He helps the drivers find new, prestigious contracts with the best teams. The chief engineer is at his side. He takes care of the research points that are earned weekly or in the free training sessions. Last but not least, the data analyst has an important role. He finds the perfect balance in every development and thus ensures the maximum effectiveness and dynamism of the employees. These elements are ready to deliver the best career experience ever in a MotoGP game. The path via a junior team is also available to every aspiring champion.

The path through a junior team becomes harder, but at the same time more personal. Hiring the right people is the key to success. Starting with the team manager, who is on the lookout for new sponsors and drivers, to the technical director, who heads the R&D department of the junior team. Of course, players must not forget to hire a driver who has the skills to bring the team to the fore.

In both scenarios, the bike is the real protagonist in MotoGP 21.With the help of the numerous settings, this year’s title moves a bit closer to reality. The employees can take care of various areas of motorcycle development. R&D points can be used to improve the engine, aerodynamics, frame and electronic features such as traction control, brakes, anti-wheelie function and power mapping. Of course, players can also give their bike the look they want. Therefore the editor is integrated again this year. It is divided into five categories: helmet, paintwork, suit, sticker and race number.

The future of two wheel racing games is here
Milestone promises an even more realistic racing experience than ever. Manager mode is just one of the many improvements made in this year’s release. The gameplay also offers some new iconic features! The developers create an electrifying, strategic and adrenaline-charged racing simulation like it has never been seen before.

2021 is the year of the new generation of consoles and MotoGP 21 is also ready to introduce some technical innovations. Players who enjoy the title on PlayStation 5 and Xbox Series X benefit from the dynamic resolution with up to 4K and 60FPS. The general image quality has been improved and, together with the new lighting, creates a unique world that transfers the sensations of the real races onto the digital stage. Loading times are reduced and for those who cannot live without the action of the competition, online races with up to 22 drivers are now possible. As exciting as a wheelie on the finish line are the incredible features of the PS5 DualSense controller. The haptic feedback and the adaptive buttons guarantee pure immersion!

The final piece of the puzzle for a grandiose performance is the next level of ANNA, Milestone’s revolutionary AI based on machine learning. She’s back on the grid with additional improvements, and will compete in races faster, smarter, and more astute than ever before, bringing the offline experience into line with real races.

That’s just the beginning! MotoGP 21 gets bigger and bigger over the months. New content is available in the patches. The release will only be the starting gun for the race!

MotoGP 21 will be released on April 22, 2021 for PlayStation 4, PlayStation 5, Xbox One, Xbox Series S | X, Nintendo Switch PC, Steam and in the Epic game store.