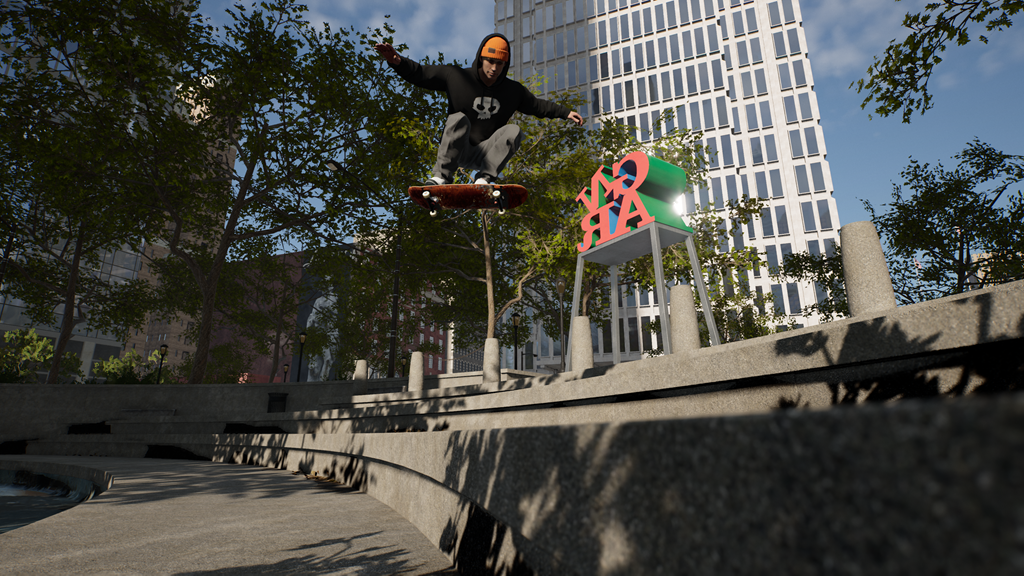 NACON and creā-ture Studios are pleased to announce that they are joining forces for the publishing and distribution of the game Session:Skateboarding Sim Game, a new skateboarding simulation, currently available in early access. With more than 85% of positive reviews on Steam, the game is eagerly awaited due to its immersive experience and innovative gameplay.

Session is an authentic and realistic simulation for skateboarding fans. It is currently being developed by the Montreal studio creā-ture, founded by Marc-André Houde and Vincent Da Silva, two video-game veterans and experienced skateboarders. The game is available in early access on Steam (PC) and on Xbox One / Xbox Series X|S consoles in Game Preview version. It is already being widely hailed by players for its quality and realism, and looks set to become the new reference for the genre.

The world of Session celebrates the golden age of skateboarding and faithfully presents the creativity, culture and madcap nature of the sport as it grew in popularity during the 90s. With realistic physics, the game provides innovative never-before-seen skateboarding gameplay: the True Stance Stick, where each foot is managed independently using the two controller sticks. The learning curve is as demanding as in real life: players first have to practice to learn to control the board and perform all the different stunts included in the game, from the most basic to the most complex. The game has an integrated video editor, so players can immortalise their greatest successes.

Set in an urban environment with an open world, representing the sport’s iconic locations, skateboard fans can write their own legends while adding to their equipment and developing their personal clothing style.

Several hundred thousand players have already laid hands on the current version of this homage to skateboarding fans, and are keeping a close watch on its development.

More information about Session:Skateboarding Sim Game will be provided at a later date.