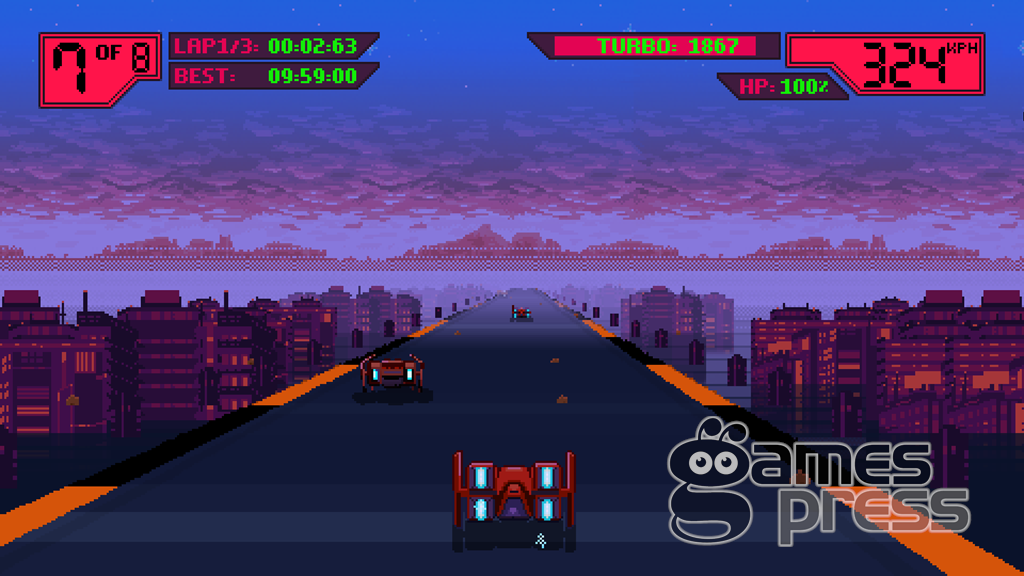 Cydonian Games has released an updated trailer for its fast-paced pseudo-3D racing game Voidspeed Outlaw highlighting progress made on the game.

Voidspeed Outlaw is a retro-futuristic racer set on Mars in the style of racing games from the late 80s and early 90s. Lovingly rendered in low def pseudo 3D.

Mars 21XX. Ever since you were a toddler you’ve always dreamt of being a racer in the system-wide Voidspeed Racing League. You saved your money, pieced together a junk ship, and raced in wasteland all-or-nothing outlaw leagues. You’ve been noticed by the street scene and have built a pretty competent racer, but the races are incredibly illegal and run by the Martian underground. You can take favors to climb the ranks, but all debts must be paid.

The path to the VRL is steep, full of corruption and death, but it’s all you’ve ever dreamt of. And you don’t accept defeat.

Cydonian Games is an Estonian game studio focused on building an original sci-fi universe and telling it’s tales through the lens of retro-style games. A previous release is the space strategy game Voidship: The Long Journey.