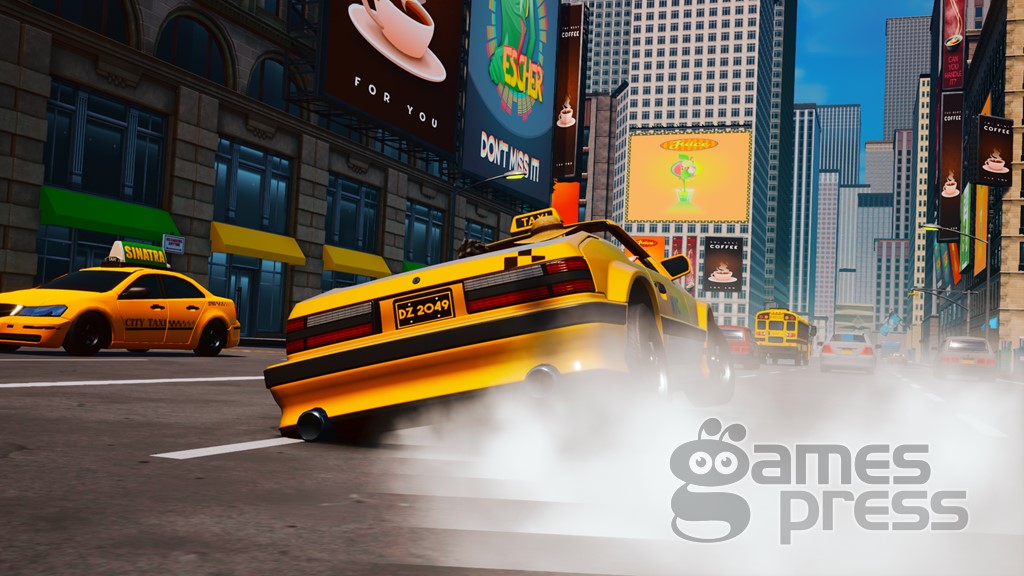 Wreak Mayhem in the Streets as Taxi Chaos arrives in 2021

While seatbelts are optional, they’re HIGHLY encouraged for this chaotic ride

Pedestrians and tourists take cover because the streets are about to get even more reckless when Lion Castle’s and GS2 Games’ Taxi Chaos hits the PlayStation 4™, Xbox One, and Nintendo Switch™ on February 23, 2021.

Taxi Chaos is a fresh and modern take on classic taxi games where drivers can earn big fares by successfully picking up and dropping off customers at the destination of their choice.

Rush around town to pick up the craziest of customers and deliver them on time as fast as you can.Players can get behind the wheel of a wide range of unlockable rides, each with its own different attributes.

Power through midtown in the strong muscle car, race through the West Side Highway in the superfast exotic supercar and drift around Wall Street in the Japanese tuner.

Additional vehicles will become available as players progress through the game. Would-be cabbies will be able to explore a colorful and vast city with many New York-inspired locations, discover shortcuts, drift through corners, take impossible jumps, and aggressively bash their way through traffic, all while getting paid to do it!

Passengers won’t mind if you trade paint with other cars since they’re a little crazy themselves. Players can look forward to giving a ride to hipsters, plumbers, rock stars, and even aliens without worrying about getting a poor rating in a ride-sharing app.

Taxi Mayhem is coming to the PlayStation 4™, Xbox One, and Nintendo Switch™ on February 23, 2021 – both digital and at retail.

For more information, visit the game website at https://taxi-chaos.com/

Taxi Chaos is developed by Team6 Game Studios, published by Lion Castle, and will release both digital and in retail in all territories.