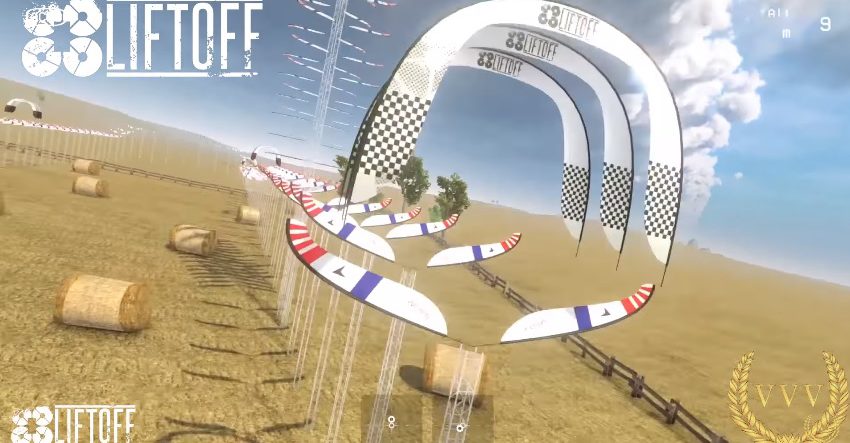 The heart of the console version is the exclusive career mode, which introduces you to the fascinating world of drone racing. You will make your first steps as a drone pilot within small competitions and soon be able to advance by winning races and completing bigger, but also more difficult competitions. As the number of successes increases, more and more drone parts gradually get unlocked.

Beside the extensive campaign, Liftoff: Drone Racing offers even more exciting game modes including a freestyle mode, a free flight mode, the well-known classic races as well as endless races. All modes can be played alone in single player and with up to six players in multiplayer mode.

Over 100 drone parts, including frames, batteries, propellers, motors, cameras, and antennas provides you with a wide range of customization options in addition to various skins and design opportunities. Choose parts from more than 13 original brands and manufacturers such as Rotor Riot and Armattan to create the drone of your dreams.

Liftoff: Drone Racing is an authentic simulation with realistic physics and controls. To give a better introduction, a tutorial was created to teach you the basics of the controls. As additional support an Assisted Flight mode is available which helps to stabilize the flight path of the drones and guarantees an easy entry for newcomers. Once mastered, you can step by step change your control options to a more difficult level until you reach the controls authentic to the realistic ones of a real drone.

Whether digital or physical: Liftoff: Drone Racing will be compatible with all next-gen consoles. It will also be playable on PlayStation®5, as well as Xbox Series X and S.