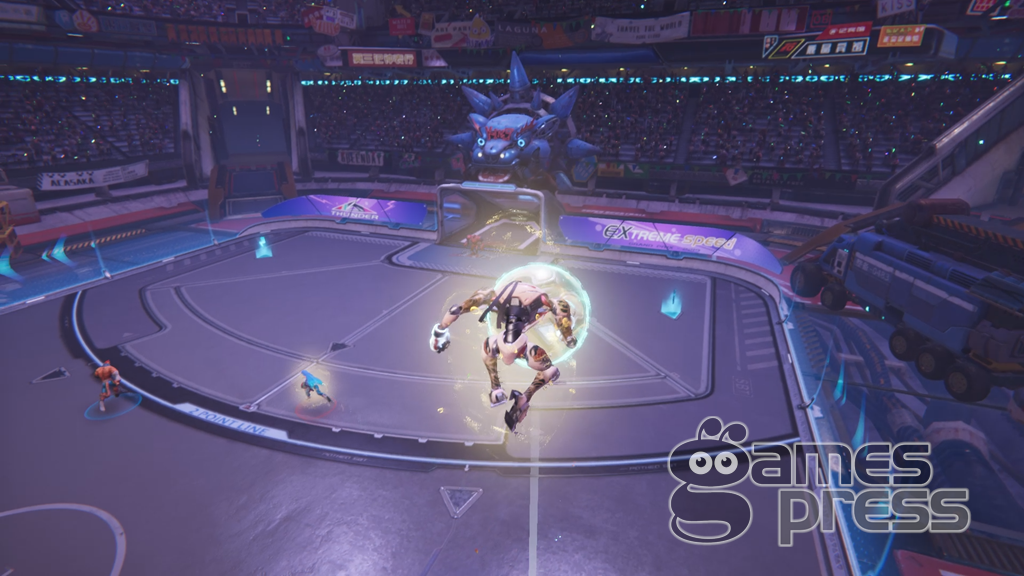 Independent developer Pathea Games, the studio behind popular sandbox RPG My Time at Portia, has announced today that its upcoming award-winning 3v3 esports phenomenon, Super Buckyball Tournament, will launch its Preseason on steam today at 4 AM PST and until December 6th at 12 AM PST.

In addition to the six characters, two stadiums and mission system featured during the game’s open alpha earlier this year, preseason content will include new challenger Samba, two Arcade modes (Dodgeball mode and Mayhem mode), a new lobby, in-game background music, a comprehensive collection of skins (which includes accessories and player icons), and a season pass with 60 levels. Fans will be able to level up their season pass by completing daily and weekly challenges and earning special rewards.

“Speed, strategy and intensity are at the forefront of our minds as we tinker away on the next esports smash hit,” says Dylan Li, Producer of Super Buckyball Tournament. “The upcoming preseason will help us further transform this 3v3 physics-based contest into the action-packed, high-adrenaline version we’d like to share with the world next year.”

The title’s two Arcade modes, Dodgeball and Mayhem, will be unlocked once players arrive at season pass level 6. Dodgeball challenges fans to avoid getting hit by two balls while making sure those balls don’t rest on their side of the stadium for more than 12 seconds. Mayhem is a super-powered version of Standard mode, as abilities charge three times faster and players take control of random characters each time a goal is scored. Each mode will be rotated every 24 hours, meaning one will be available to enjoy every day.

Set in a future where artificial intelligence manifests itself via robotic humanoids and people splice their DNA with animals, Super Buckyball Tournament has two teams (made up of three contestants each) compete to score the most goals within a six-minute time window. Each real-time match feels different, as players are encouraged to strategize and experiment with unique character abilities and stadium items. In anticipation of the upcoming preseason, Pathea Games has improved the title’s gameplay by optimizing to a High Definition Render Pipeline (HDRP) for better graphics and smoother performance.

Dynamic Gameplay
Each match is fresh and stimulating thanks to real-time physics-based gameplay and an interesting variety of items and characters, which ultimately allows players to strategize in innumerable ways.

Character Abilities
Pick any character you prefer and pave your way to victory. Each character has their own strengths and weaknesses with unique abilities that could determine the results of the game.

In-Game Items
There’s a large variety of items scattered throughout the stadium. Collect these items and be sure to make good use of them in the heat of the moment!

Super Buckyball Tournament’s preseason is set to begin on November 19th at 4 AM PST and run until December 6th at 12 AM PST. Super Buckyball Tournament is expected to launch into early access during the first half of 2021 on Steam and is planned to come on console platforms such as Nintendo, Playstation and Xbox with the full release. Eager contestants may wish list the title right now on Steam.