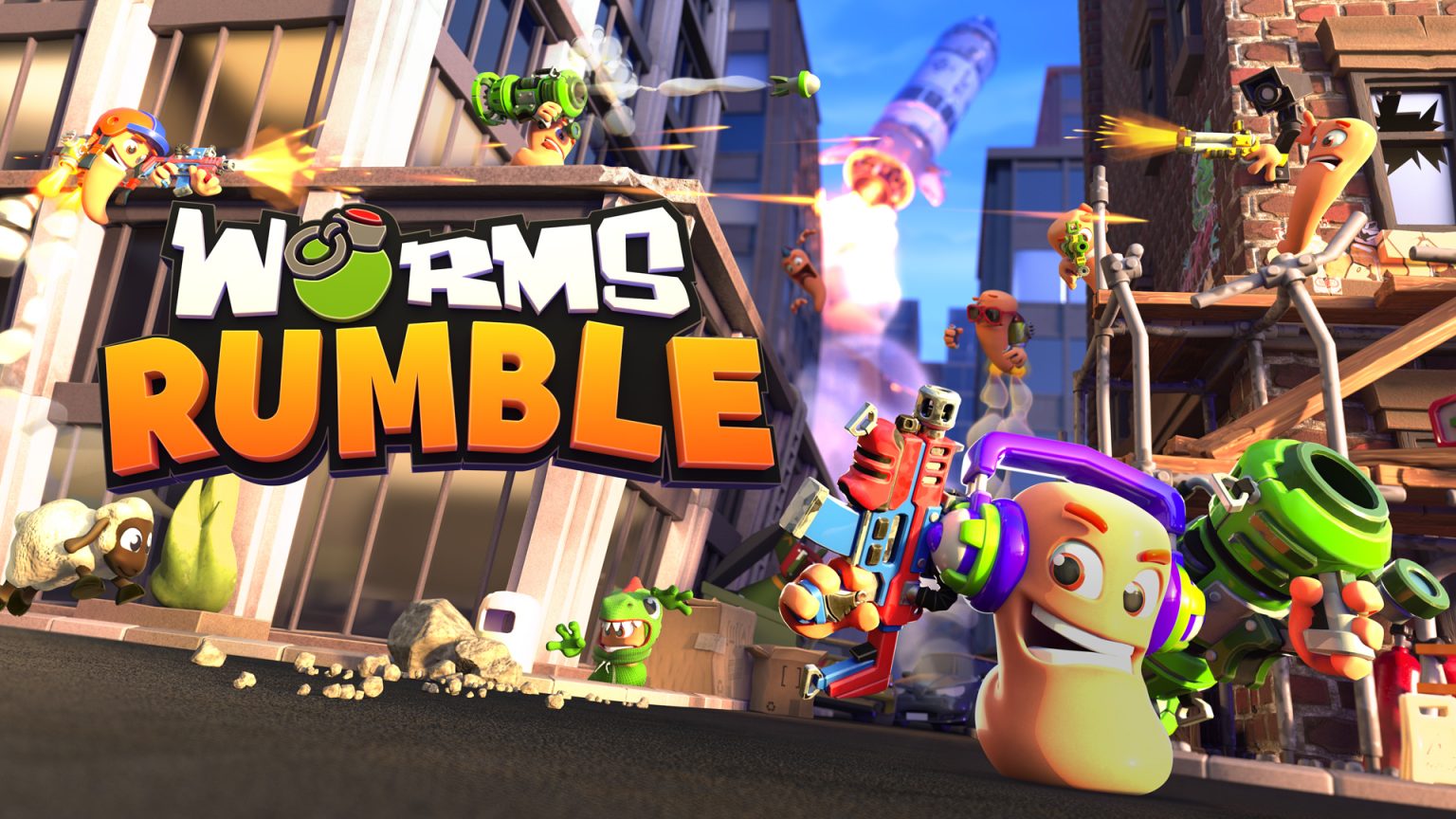 Worms goes real-time for the first time in its 25-year history, with fast-paced solo and teams-based crossplay action!

Team17 is today launching the latest entry in the Worms franchise, Worms Rumble, for PlayStation 5, PlayStation 4, and PC, bringing fast-paced, real-time action to the award-winning series for the very first time. Today’s launch debuts with three maps: Missile Mall, Portal Park, and Transforming Towers, with free additional content and updates set for release over the coming weeks and months. This opening salvo of content delivers three modes: Deathmatch (which also allows players to queue as a party with their friends) and solo & team-based variants of battle royale (Last Worm Standing and Last Squad Standing) in matches containing up to 32 players.

As announced by Sony Interactive Entertainment, Worms Rumble is immediately available for free on both PlayStation 5 and PlayStation 4 during December as part of PlayStation Plus, so subscribers can download the game and jump straight into the action-packed arenas. They’ll also have the option of taking part in crossplay battles with PC players on Steam. Worms are fully customisable, with options to play in a variety of outfits and weapons skins, which are unlocked through level progression and the use of in-game currency.

Players who want to spice up their outfit collection further can also purchase two downloadable content collections, the Action All-Stars Pack and the Legends Pack. The Action All-Stars include variants of a ninja, superhero, and wizard, while the Legends Pack has sheep, donkey, skunk, pigeon, cow, and retro commando outfits in various colours and styles. Worms Rumble is available to PC players either directly from the Team17 Store or via Steam.