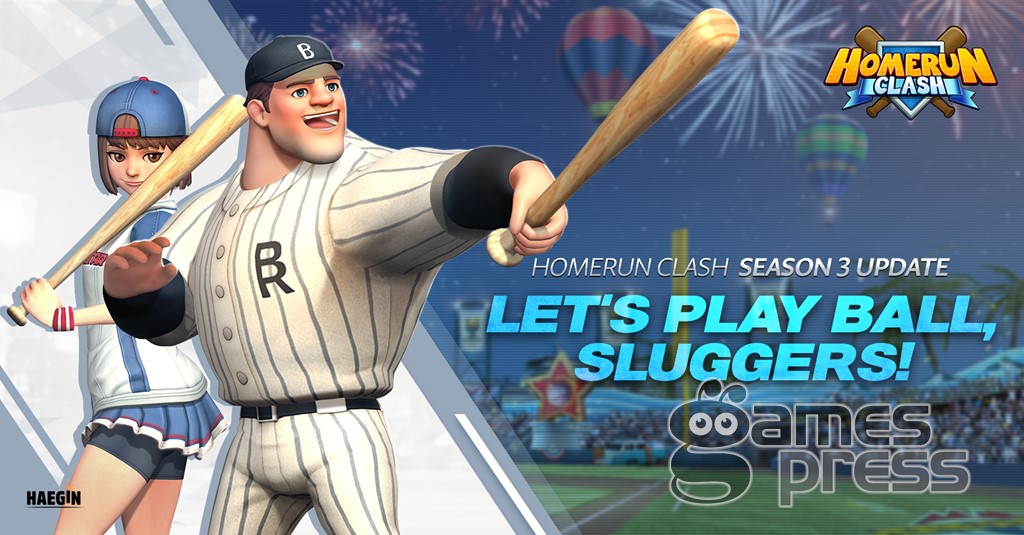 HAEGIN announced today that Homerun Clash has released the Season 3 update with a bunch of new content that would catch the players’ eyes. Most notably, the new update features a new mode that puts all players on an even playing ground.

Also included in the update is the new all-star grade batter “NAHEE”, who is a young female batter dominated the local pro league and decided to move on to higher stage. She comes with special abilities that reinforce her baseball talent. Along with the new batter, 4 legendary gears have been added to WILD WEST Park; Revolver Bat, Windproof Goggle, Sheriff’s Hat, and Sheriff’s Badge.