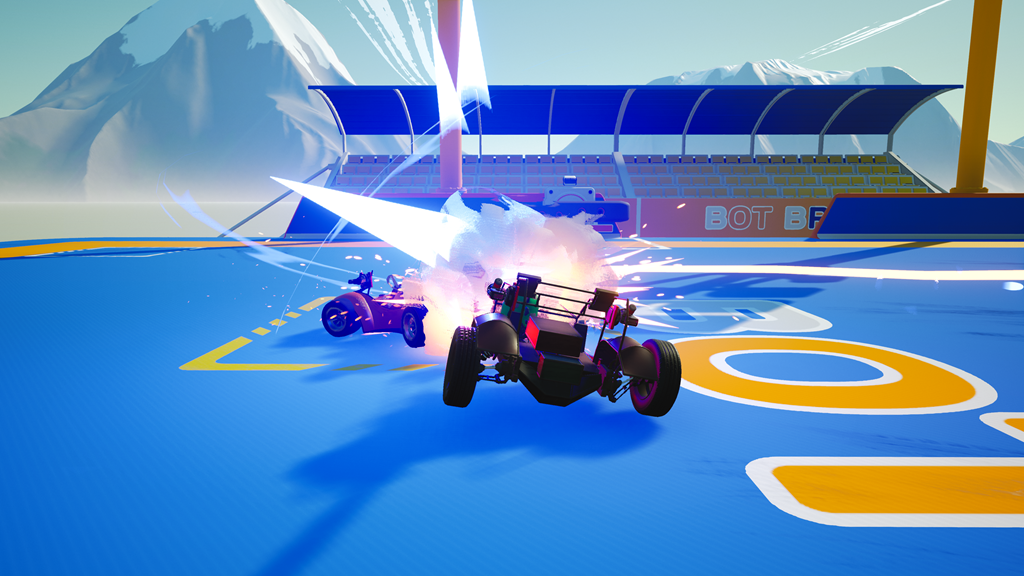 MAIN ASSEMBLY ROLLS OFF THE PRODUCTION LINE AND OUT OF STEAM EARLY ACCESS!

Team17 and Bad Yolk have announced that creative sandbox, Main Assembly, has today left Steam Early Access. Featuring a comprehensive array of freeform building tools, players can now construct an even more significant number of intricate machines and robots thanks to a brand new update launched alongside the game’s full release. The Final Frontier content introduces players to zero gravity, with a new sandbox map that includes a space station, a new space-based challenge level, the ability to add rocket engines and lasers to creations, and cosmetics so the in-game drone can cosplay as an astronaut.

Main Assembly has continually expanded during its Early Access phase, adding aquatic systems, environments, and Bot Brawls (a new game mode for players to battle against each other and their creations through online multiplayer) to the game over the last few months, regularly providing more activities for players.

Joel Jonsson, CEO and Creative Director, Bad Yolk, said:
“The road through Early Access has been incredibly rewarding, and we’re now at the point where we’re ready to unleash the full potential of Main Assembly. Working on the zero gravity content was the one giant leap we wanted to make before we left Early Access, and now there are a whole host of tools and toys to play with, letting players create bots great and small to experiment with and use in the sandboxes and challenges. We can’t wait to see what else players can come up with!”

Louise Chamberlain, Producer, Team17, said:
“At Team17 the collaboration with Bad Yolk has yielded some really incredible results, and we’re now ready to lift-off with a brand new update that will usher in the full version of this incredibly detailed sandbox. We’ve had a huge amount of fun creating bots and machines and increasing the amount of challenges, maps, and freeform building tools available to players, so all that’s left to do is to let players loose with the creative tools!”