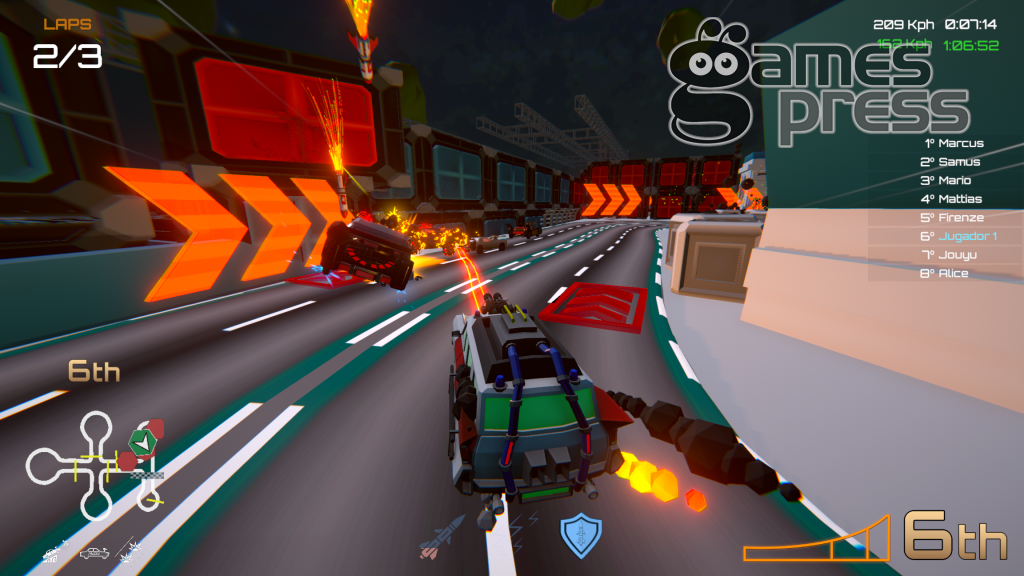 Independent development studio FiveXGames releases Motor Strike: Racing Rampage in Early Access Steam today at 6 PM UTC.A demented shooting racing game in which you can play alone or with your friends in the 4-split screen mode, or with up to 8 crazy racers in the online mode.During Early Access you’ll have access to a full racing game. Choose one of the 14 different vehicles, 7 heavy weapons and a lot of skills and be ready to defeat your enemies in more than 20 different tracks.

Motor Strike: Racing Rampage is being released in Early Access and it will remain like that for 6 months. The final version will include a new battle arena mode, challenge mode and a campaign mode as well as more weapons and cars and tracks.
Early Access Short-term Roadmap

Note: Multiplayer is intended as a tool to mainly play with friends