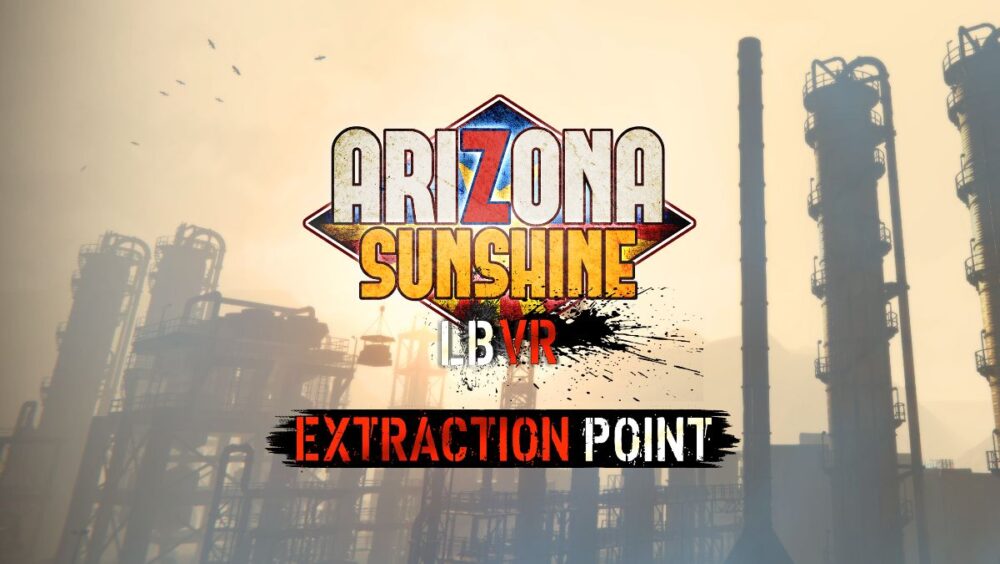 In Arizona Sunshine – LB VR Edition – Extraction Point, a scientist claims to have the cure for the infection but is trapped in the zombie-infested Arizona Star Refinery. You and up to three team members find yourself in a race against time to extract him and the cure before the entire city and all its undead are nuked. In a daring mission that seems doomed from the start, you will need to arm yourselves with whatever weaponry you can find and blast your way through a refinery overrun with undead. Then make your way to the very top in an attempt to escape the refinery with the means to end the zombie apocalypse.

“With the release of this new mission to Arizona Sunshine – LB VR Editionwe are continuing to support our customers and the wider LBE VR industry through challenging times,” said Mário Goncalves, LBE account manager at Vertigo Arcades. “In addition, we understand that there are also operational challenges to ensuring a safe environment for players, so we have created a partnership with Cleanbox to make their innovative VR hygiene solutions more accessible to Haze VR customers.” More details about this partnership are available on request.

Arizona Sunshine – LB VR Edition, based on the award-winning and top-selling VR shooter Arizona Sunshine, offers an untethered warehouse-scale VR experience that transports up to four players straight into the heart of a zombie apocalypse. Freely moving around and interacting with one real-world arena using full-body tracking, players create their ultimate weapon loadout from a huge range of supported VR peripherals and jump, guns blazing, into the most immersive zombie apocalypse experience yet. Extraction Point is the third mission released as part of Arizona Sunshine – LB VR Edition license following the earlier releases of Dead Man and Live Bait. The license also includes an endless Horde mode for up to four players set in the zombie-infested Arizona canyons.