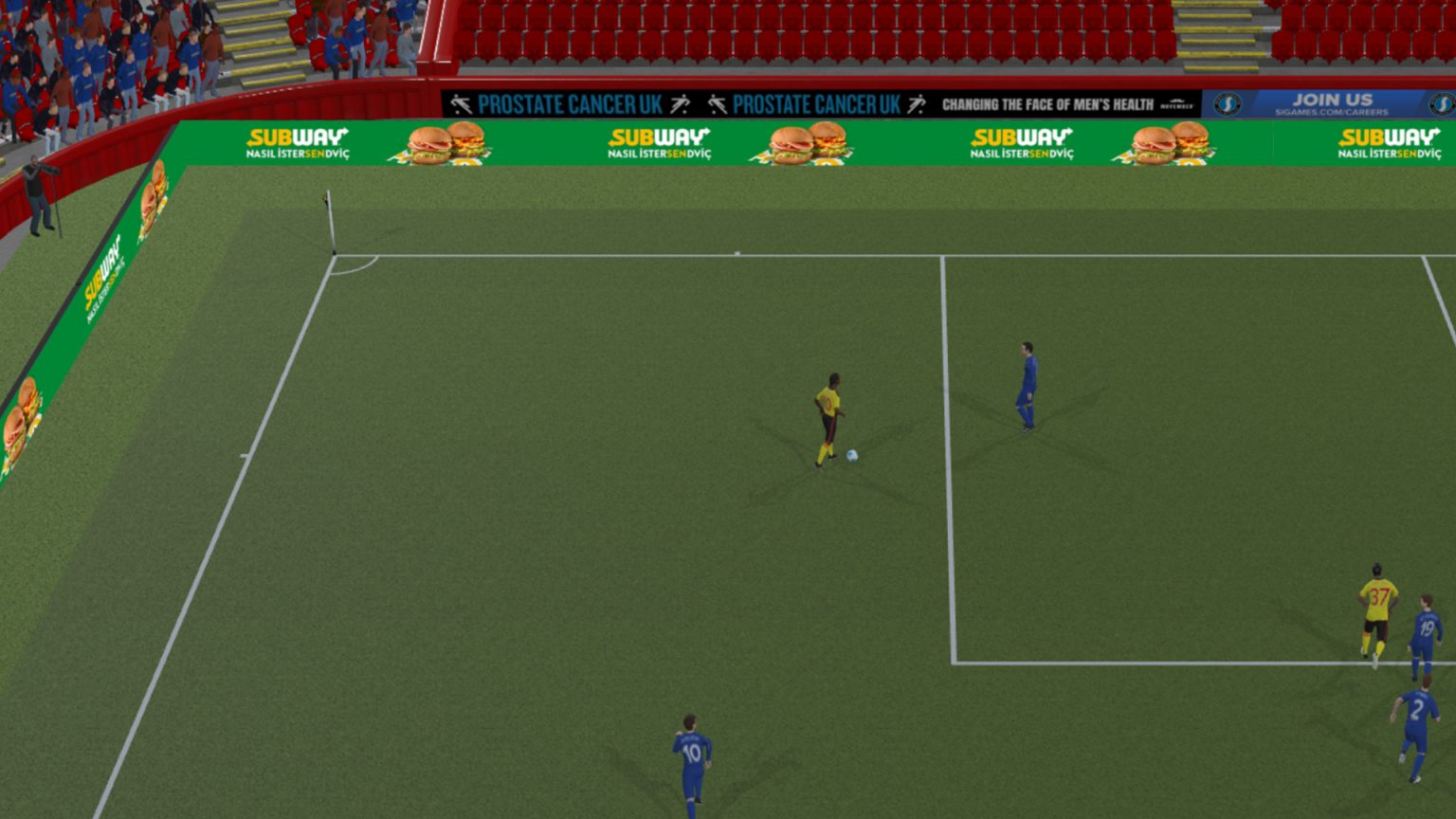 New research released today by Subway reveals as many as FOUR IN TEN 16 – 30 year-olds reckon they are OBSESSED with gaming – with one in ten regularly skipping work to complete a level.

Over half (51 percent) admit to forgetting to eat because they are so immersed in a game whilst nine percent have gone longer than TWELVE hours without eating because they were so preoccupied.

And lockdown could be to blame, with as many as 95 percent saying that working from home means they are playing more than ever.

In response to the findings, Subway is launching a ‘Gamer SOS’ (Send Out Subs) campaign where friends can nominate their gaming buddies via social media to be in with the chance of receiving a Sub delivery by using the hashtag #sendoutsubs.

The best SOS calls will be rewarded with a free fresh and delicious Sub delivery through one of Subway’s three delivery partners – Deliveroo, Just Eat and Uber Eats. Winners will be chosen at random by the Subway team. To nominate a friend or to join the #SendOutSubs conversation, visit Subway’s Twitter channel (@SubwayUK).

Now this is not the first time that Subway have taken to the exciting world of gaming. We have seen past campaigns included in Football Manager via Bidstacks in-game advertising technology in the past to encourage hungry players to grab something to eat. They even wrote a case study on it! (here)

The survey of 1,000 regular gamers, aged between 16 and 30, found that while most play for around four hours on an average day, nearly half (44 percent) have pulled an “all-nighter” and played until morning.

In fact, a dedicated 5 percent of the gamers polled said they spend up to 10 hours a day on their consoles.

Meanwhile new research from the University of Oxford indicates that those who play video games for a long period of time feel happier than those who don’t, and that gaming can boost wellbeing in a positive way.

In fact, Subway’s study indicated that 39 percent of gamers like to enjoy a game as a way to relax at the end of a long day, while 14 percent admit that they have gained friendships through being part of the close-knit gaming community.

Almost a quarter (23 percent) have refused to answer the front door and 14 percent have cancelled a date because they were stuck into a good game.

43 percent admit they regularly skip breakfast and lunch. In fact on average they will go FIVE hours without food, if they are involved in a game.

This is set to be a huge week for Britain’s 30 Million gamers with the launch of two brand new consoles Playstation PS5 and Xbox Series X and a raft of blockbuster games title releases including Assassins Creed Valhalla, Spiderman and Hitman 3.

Amazingly 12 percent admit that they have been dumped by a partner because of their love of gaming, while a further four percent admit they simply do not have time for romance, because their games console comes first.

And if love is on the back burner, it appears work might be too, with 36 percent saying they think they would be fired if their boss realised how much work time they spend gaming.

Angie Gosal, Head of Marketing at Subway, commented: “Our new research indicates that we’re clearly a nation of dedicated gamers – from those who play for up to ten hours a day to those who use it to unwind after a long day. More of us are getting into gaming than ever before, and it’s not difficult to see why – research shows we feel connected and happier while playing and enjoy feeling part of the gaming community. It’s a great way to boost wellbeing and relax at home.

“As the nation’s favourite sandwich shop, we want to help gamers ‘power up’ with our #SendOutSubs campaign and deliver sustenance with our delivery partners to reach their gaming goals!”

The survey revealed Glasgow is the gaming capital of the UK, with folk there playing 30 hours a week. This was closely followed by the people of Sheffield and Belfast who play 29 hours a week. Compare that to the time poor people from Leicester who can only spare 22 hours a week.

Interestingly the data found that female gamers are more likely to cancel a date (14 percent to 13 percent), call in sick to work (9 percent compared to 10 percent) and forget to eat (55 percent to 46 percent) than men.

Subway customers can use Mobile Order collection via the Subway app or order via delivery services including Just Eat, Uber Eats and Deliveroo.

Subway have recently launched their festive menu which includes a Pig in Blanket Sub, mince pie cookies and Honeycomb Coffee and Hot Chocolate – available in stores nationwide, subject to availability.