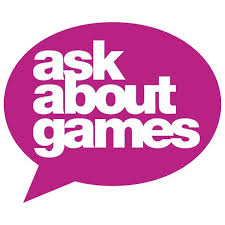 The UK Interactive Entertainment Association (Ukie) has today launched the Get Set Go! campaign, providing parents and carers with helpful set-up guides that will ensure families are well-prepared for the big day this holiday season.

Backed by the UK games industry and the Department for Digital, Culture, Media and Sport (DCMS), Get Set Go! is a continuation of the Get Smart About P.L.A.Y. campaign which launched earlier this year to promote the importance of using family controls to set parameters around play and discussing your child’s playing habits with them.

The new campaign encourages parents and carers to GET their next-gen console ready before wrapping it up as a gift, SET family controls that work for their families and GO and have fun, safe in the knowledge that you have the controls in place to stay in charge.

Setting up new video game devices early, before they’re wrapped, ensures families can plug in and play without needing to worry about making  accounts and downloading large updates. This is also the perfect time to install family controls.

Guides and tutorials on how to set the new consoles up, and deploy the family controls are available at AskAboutGames.com, where parents can also find a host of helpful guides covering the range of games platforms out there, and guides to the biggest new releases for the family.

“We want every child to be safe online, so it is brilliant that UKIE’s Get, Set, Go! campaign will give parents and carers both the tools they need to protect children and the confidence to gift games and consoles this Christmas,” commented Creative Industries Minister Caroline Dinenage.

“Video game consoles take time and require care to set up properly, and Christmas Day doesn’t provide the ideal setting for doing all that,” commented Emma Kenny, one of the UK’s leading TV psychologists.

“Children are excited and impatient, so when the only thing standing between them and playing is a download bar… well you don’t need a psychologist to tell you that’s going to cause stress for the whole family. That’s why the video game industry is encouraging parents to set up new consoles and get them ready to play before wrapping them up for Christmas.”

The campaign will be supported by a new weekly podcast series. Hosted by tech journalist Will Guyatt, the series will cover everything families need to know about the new consoles, the must-have games launching with them, what parents and carers need to do before wrapping up a console and much more.

BAFTA-winning studio Sports Interactive will also be supporting the campaign by running Get Set Go! ads in Football Manager 2021, courtesy of bidstack, and over 50 publishers and studios will be amplifying the GetSetGo! messaging through their social channels.

“The launch of video game consoles and buying a new one at Christmas is always exciting for families, but we know that parents and carers can find it hard to get great advice on the best ways to play,” said Dr Jo Twist OBE, CEO of Ukie.

“Get Set Go! aims to give parents and carers across the UK the confidence to set-up new devices, as well existing consoles, in the way that works for them, ensuring everyone has safe and sensible fun playing games this Christmas.”

In addition to advice on AskAboutGames.com, there are lists of games for families on each of the new consoles on the Family Video Game Database www.taminggaming.com. This provides information on age ratings, numbers of players and in-game purchases to help parents and carers make an informed choice.
For more information on the Get Set Go! Campaign visit AskAboutGames.com.

A six part podcast series will be released later this week.