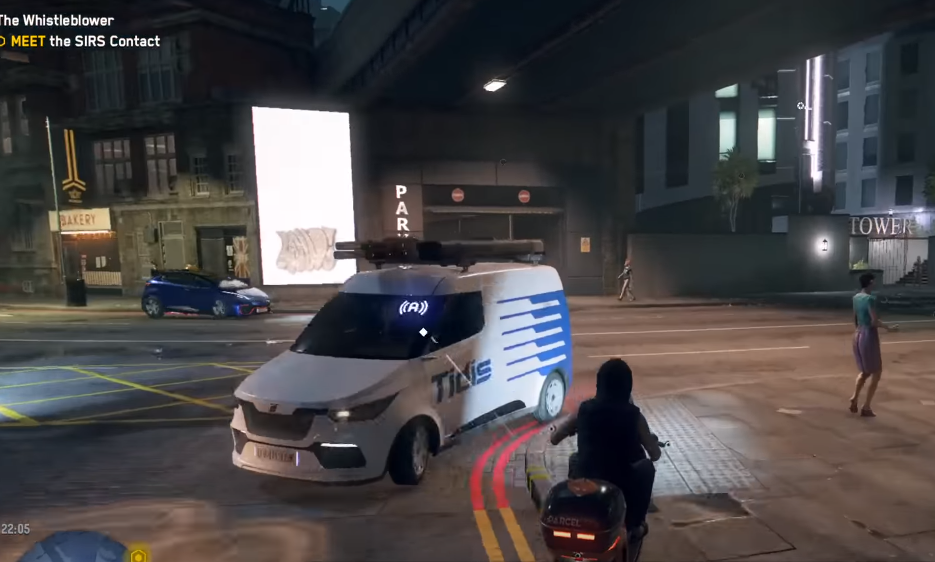 Are Ubisoft Continuing to Progress with In-Game Advertising in Watch Dogs Legion?

Earlier this month we reported how Anzu.io partnered with Ubisoft Nadeo to introduce in-game advertising to the new Trackmania Game, led with a widely spread Vodafone campaign. We now ask the question: “Was this a prelude to bigger things?”

Watch Dogs: Legion is the widely anticipated game for players across the globe. It is due for release on October 29th 2020 on, Xbox One, PlayStation®4, Stadia and for Windows PC on Epic Games and Uplay. The game will also be available on UPLAY+

Play as Anyone gives players the entire city of London to choose their roster of resistance members from. Every single person in the open world can be recruited and played, is unique and has a backstory, personality and skillset. Watch Dogs: Legion will also support hardware-accelerated DirectX Raytracing on Xbox Series X and full ray-tracing support on Nvidia RTX-equipped PC devices, bringing real-time ray-tracing reflections to the streets of London

An intriguing video popped up on our Twitter feed showing ‘work in progress’ gameplay footage of Watch Dog: Legions.

The video, which was hosted on YouTube, provided some fantastic insights into what gamers can expect of this open world game (and we can’t not mention – a granny on a top secret mission).

But…It clearly showed a distinct lack of any in-game advertising. In fact, it was too lacking…. and not truly representative of the experience one would have when roaming around real-world London.

All may not be lost though. What was rather odd was the display of a significant amount of “white rectangles” showing in spaces that would be perfect naturally occurring DOOH (Digital Out of Home) ad spots. From bus stop posters and digital displays to ‘wifi’ phone boxes and posters on the wall. All bizarrely empty.

If these spaces could be used for brand targeting, it would be quite exciting for the industry. Imagine big brands being able to immerse themselves into the game. We’re immediately thinking of brands such as Coca Cola, Pepsi, McDonalds, Burger King, KFC, Uber, Topshop and upcoming Movie Releases, West End Shows and Concerts but of course, the possibilities are endless.

The YouTube video with the white / empty spaces was released on July 12th.

More recent videos have now started to emerge such as the one below on 22nd August, showing those spaces being populated with dynamic content which rotate throughout the game.

We now have a partial answer that there is clearly pre-defined artwork which appears in these spaces, but the question still remains on whether these spaces would or could be integrating with programmatic in-game advertising to expand the range of the spaces and keep them aligned to real world messaging…. If not on day 1 of the release, potentially sometime in the future of the game.

One thing is clear – all the ‘white spaces’ were the perfect spots for brands to be introduced into without disrupting the gamer experience. This is exactly how game developers and ad-tech companies should implement DIGA!

We have reached out to Ubisoft for further comment.

Watch Dogs: Legion lets players recruit anyone they can see in the open world to be part of their DedSec Resistance up to 40 characters at a time. The London setting gives players the perfect backdrop to recruit all kinds of characters – who each have unique skills and weapons – to their Resistance: from an MI6 agent to a bareknuckle fighter, from a brilliant hacker to a getaway driver, from a football hooligan to an inconspicuous old lady. Players can play as any character from their roster of recruits and approach a situation based on their preference; whether the approach is from the sky while riding high on a cargo drone as a construction worker, or on the ground as a spy using high-tech gadgets like a gun-jamming watch and a prototype of a rocket-firing car, the choice is for the player to make.