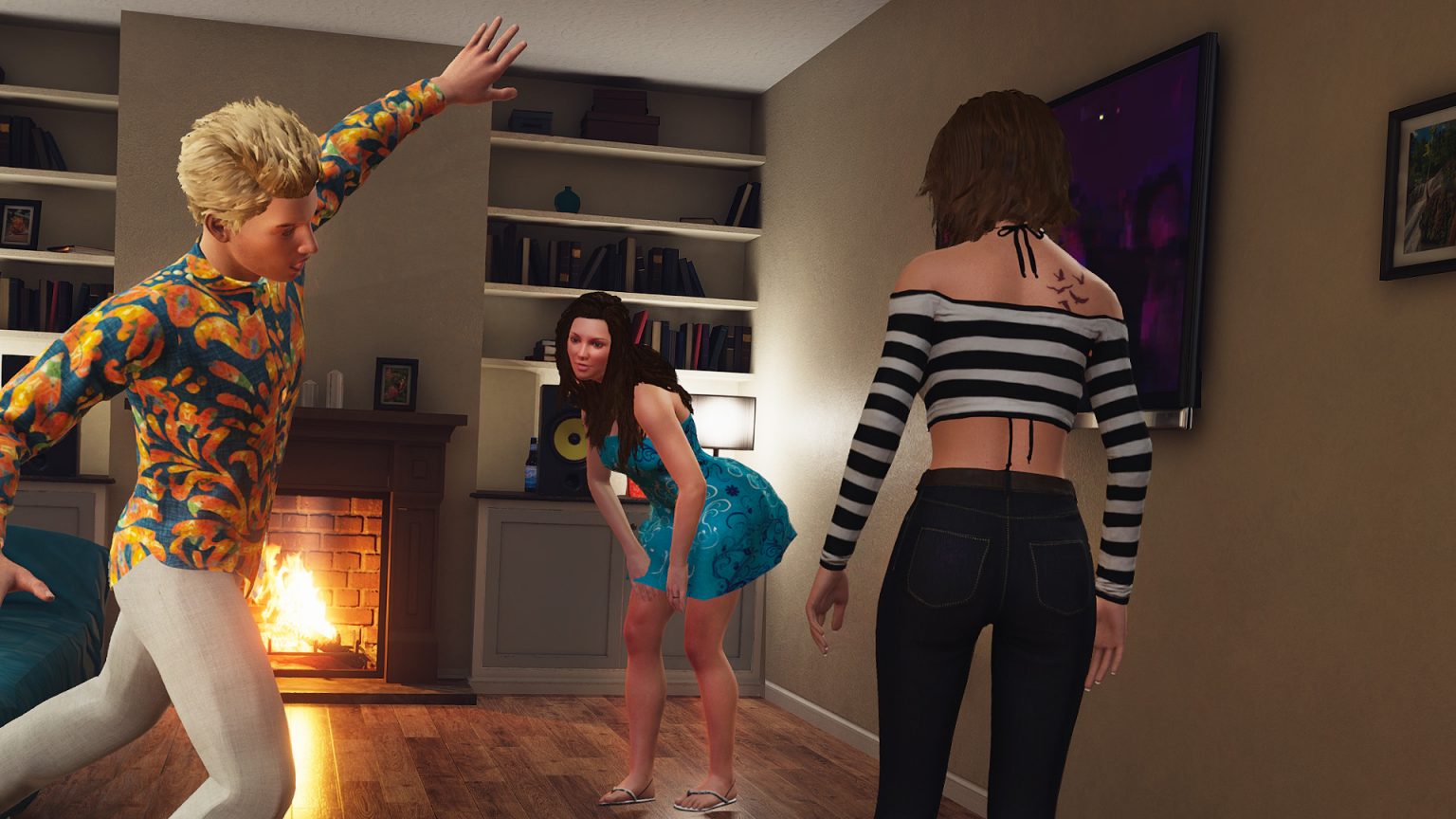 Anzu.io, the world-leading in-game advertising platform, announced today that it has entered into a new partnership with Eek! Games, the developer of the popular AI-driven simulation game House Party. With the integration of Anzu’s solution, brand advertisers will be able to place blended in-game ads into House Party, creating a more realistic gaming environment for players to enjoy.

House Party is the brainchild of artist, comedian, and CEO of Eek! Games Bobby Ricci and was inspired by his love of the raunchy comedy movies of the ’80s and ’90s. The PC-based game was an immediate hit with fans, racking up 30,000 downloads in the first weeks of release in 2017 and surpassing 600,000 sales to date. On Steam, the leading platform for game sales, House Party has achieved a 90% positive reviews and is most popular with American and Chinese audiences.

The open-ended social simulator puts players in control of the story with each point-and-click action. Players can get up to the same hijinks they would during a real-life party such as taking a dip in the jacuzzi or dancing the night away with other characters. The way the game replicates typical party actions lends itself well to the incorporation of real-world ads which will further enhance the gameplay reality. For example, instead of players trying to steal bottles of booze with fake labels, they would reach for a bottle with a real brand label on it.

The integration of Anzu’s platform comes at an opportune time for House Party as the company prepares for the game’s full release in 2021. Of the partnership, Bobby Ricci, CEO of Eek! games, said, “We think Anzu is a great way to both help support the development of the game, while at the same time being conscious of not breaking the player’s immersion. We’re excited about the partnership and are looking forward to working together!”

Anzu, which recently won the ESI Digital Summer The Clutch Digital pitch competition, is the first and only solution of its kind that allows game publishers to integrate scalable, programmatically served blended in-game ads from top-tier international advertisers, delivering them across PC, console, and mobile games. The ad tech company has positioned itself as a leader in the market, being the first and only to offer a full-suite of AdTech integrations, including ad verification in partnership with Cheq, fraud detection in partnership with Forensiq, and campaign effectiveness measurement in partnership with Nielsen. They are also the only company to earn an ISO 27001 security certification.

“The video game market is exploding right now and is expected to be worth $200 billion by 2023, making it an exciting time for the ecosystem. At Anzu, we continually strive to deliver best-in-class services with ad verification, fraud prevention, and audience-based targeting tools,” said Itamar Benedy, Anzu’s Co-Founder and CEO. “Our partnership with Eek! is very exciting because the game uniquely lends itself to creative opportunities for advertisers. In the beta version of the game, players encountered fake brands, but now brands can join the party and play with ad content while connecting with players in an unobtrusive way. Players already responded well to the introduction of real celebrity personalities in the game, and we know they will love encountering real brands.”