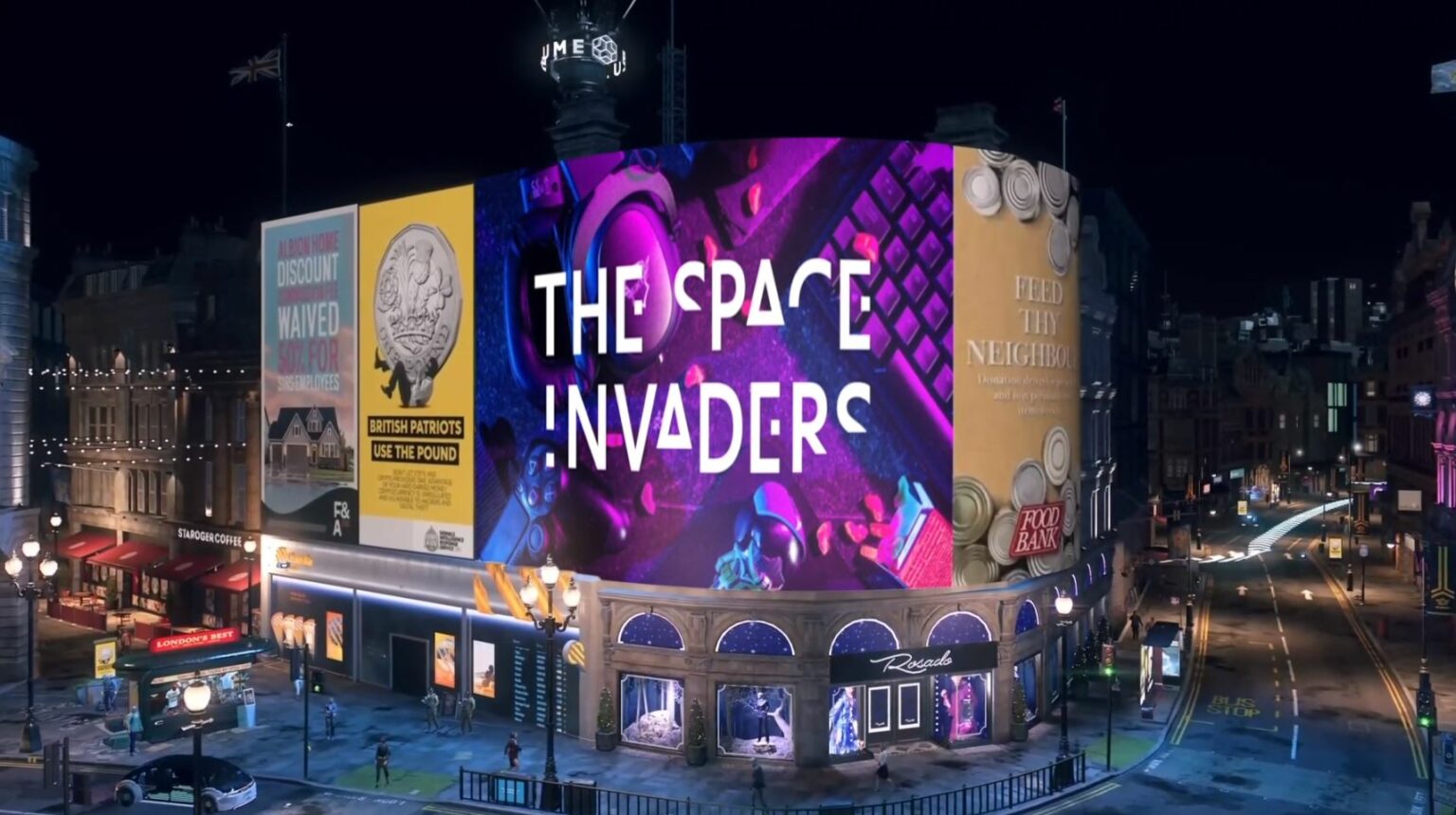 In-Game Advertising Could be Coming to Watch Dogs: Legion

Last year we reported on Ubisoft’s journey to activate brands inside their AAA games and help them reach the gamer audience. Starting with the introduction of In-Game ads within Trackmania in August and later with a September announcement of Hyper Scape to follow suit.

We also discussed In-Game Advertising coming to Watch Dogs: Legion in August when we saw early access videos indicating that the rotation of naturally occurring billboards may ultimately be open for future programmatic use.

The Watch Dogs series has a history of implementing in-game advertising where brand activations can be seen in every one of the game releases so far.

Netherlands-based creative agency ‘The Space Invaders’ has just been officially launched and already making an impact. The new label are actively demonstrating examples of in-game advertising possibilities using the infamous backdrop of Londons Piccadilly Circus to draw maximum attention. A still image of the below video was circulated in a press release in The Netherlands earlier this week.

2Basics has just launched “The Space Invaders”, a new creative agency label with a focus on in-game advertising and brand campaigns towards gamers.

The Space Invaders, which Kevin Loos will lead, focuses on creative partnerships and brand campaigns towards gamers.

Since 2013, Kevin had worked at 2Basics and was at the start of the agency’s first gaming campaigns.

As the first company that we’ve been able to show these types of examples, originating from a distributed press release, we’re excited to see what this agency does next and the brands it can bring to games. All while adding to the overall user experience and being completely non-intrusive.

Stormzy was the first to demonstrate the possibilities that could be enabled in a game like Watch Dogs: Legion when he released a music video, performing from inside the game. Player’s were then able to further complete a custom challenge which required them to hack into Waterloo’s IMAX and stream the music video within the game itself.

This step up from game companies like Ubisoft could literally be a game-changer for the industry and The Space Invaders seem to be the new agency on the block if you would like to advertise in games like Watch Dogs: Legion. We will be monitoring with interest as this develops and if we start to see more brands officially integrate.