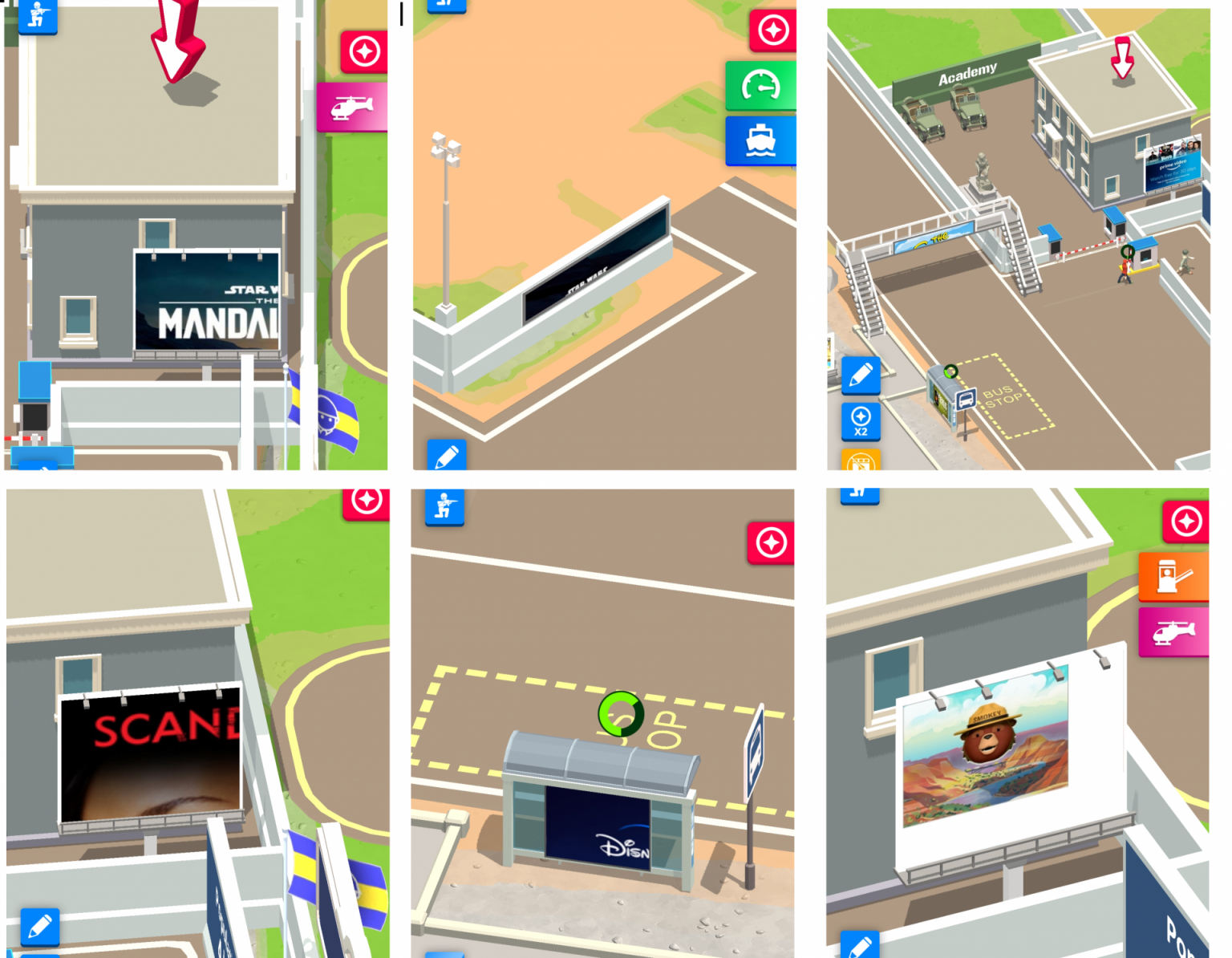 The In-Game Advertising They Don’t Show You – Part Two

Last month we published a controversial article that highlighted some examples of bad practices within the new In-Game Advertising industry.

We have since continued to track the games that were featured following our article.

Naxeex Studio declined to comment on our findings regarding ad placements that were auto ‘clicked’ through with the posters acting as a mini browser that could not be interacted with. At the time of writing this article, we are disappointed to see that these ads are continuing to be served within their games.

Hypemasters also declined to comment on our findings related to ads that were incorrectly sized for their gaming environment. We have continued to monitor Hype City, and are no longer able to find any signs of in-game advertising in the native placements. These placements remain good candidates for in-game advertising and would likely do well if the issues discovered could be solved.

Turborilla provided a response to our findings within their game ‘Mad Skills BMX 2’:

“Our studio has not received any revenue for native advertising in Mad Skills BMX 2. Additionally, we have informed our ad provider that we will not accept any revenue that cannot be shown to come from properly-displayed advertisements.”

“All programmatic ads have been turned off in Mad Skills BMX 2. We’ll monitor closely to make sure we don’t see any further issues while they’re turned off. We won’t turn programmatic ads back on again unless we’re convinced that all display problems have been solved and the ads are going to work as advertisers intended.”

Turborilla also commented with regards to the Draft Kings gambling advert that was displayed and the fact that a child could be viewing those adverts:

“We concur and had previously asked our provider to filter out any gambling ads (in addition to other mature categories, including ads for social-casino games that don’t even involve wagering real money). Draft Kings apparently slipped through the filter because they categorize themselves as a Sports app. We have now black-listed the brand from advertising in our game.”

We’re pleased to have had a positive dialog with the game developer and to see that they have acted in such a responsible way. We hope to see ads showing again once the issues can be resolved.

Another mobile game has recently established a new implementation using banners and posters in order to provide native placements. Today, we take a deeper dive into “Idle Army Base: Tycoon Game” by Neon Play.

Unfortunately, after some extensive testing, we had an inconsistent experience which has led to us touching on some familiar topics as well as a few new ones.

Issues were identified with ad boards occasionally displaying only white space. For consistency and to protect the perception of game quality, it is important that fallback creatives are always able to be displayed.

A high proportion of the game sessions we tested resulted in at least some of the boards either being cropped or being too small for the placement. We recognised the same Disney related ads (including the Star Wars, Marvel and Simpsons franchises) as being problematic within other games.

Upon checking the conditions of the game we identified that a player had to be over the age of 16. Whilst eToro themselves requires a person to be over the age of 18 to trade in BitCoin, a child may still be served such advertisements. We would prefer that any ads involving gambling or investing were left out of games that are accessible by children.

A nice feature of the game is its ability for the player to zoom in and get a closer view of the game, and the ads. Whilst the below examples show cropped displays, the ads themselves were illegible due to a very low resolution of the image being displayed. We’d like to see this fixed.

Some instances of ads being displayed don’t make much sense. The below examples all show ads that are dated going all the way back to 2011. If you take a look at current-day Disney+ advertising using alternative platforms, you’ll see that 2021 is shown. This raises the question – are these just test ads, or are they driving revenue for the game developer?

Our next example will require your speakers to be turned on.

It’s nice to see examples of videos playing as adverts. We look at an example video ad for Sky Mobile. The first thing you may observe is that the video is clearly stacked on top of a different image in the background, that you can see bleeding through from the edges.

If you listen very closely to the video below, you will hear audio from the Sky Mobile ad but it’s barely audible below the loud game music. The settings only allowed for all sound on/off so we couldn’t isolate it.

The other point to note is that the video is playing regardless of where you are in the game. If you listen around 50 seconds in, we’ve distanced ourselves away from the advertisement but you can hear it playing as the music dips down, regardless of where the player is.

We wonder if Sky would be happy for their video to be displayed with audio in this manner and whether they are being charged based on a fuller experience. If a second video was loaded to another board, would the gamer experience conflicting audio ads?

We already talked about dated advertisements, but if you look closely you’ll see this advertisement is in conjunction with uSwitch advertising how Sky Mobile is network of the year according to https://www.uswitch.com/telecoms-awards.

When we look at the latest awards at that address, we see that it was giffgaff who were awarded Network of the Year for 2021.

Sky Mobile were given the same award but back in 2020. This ad certainly feels very misleading if consumers are signing up to them based on an out-of-date promotion that could realistically result in ASA action.

Things aren’t all gloomy for this game as there is certainly room for improvement, assuming the below are all genuine ad campaigns. In-game advertising is the right direction to go in but we would like to see the fundamental issues detailed above being fixed in order to protect the gamer experience, the developers art and the advertisers.