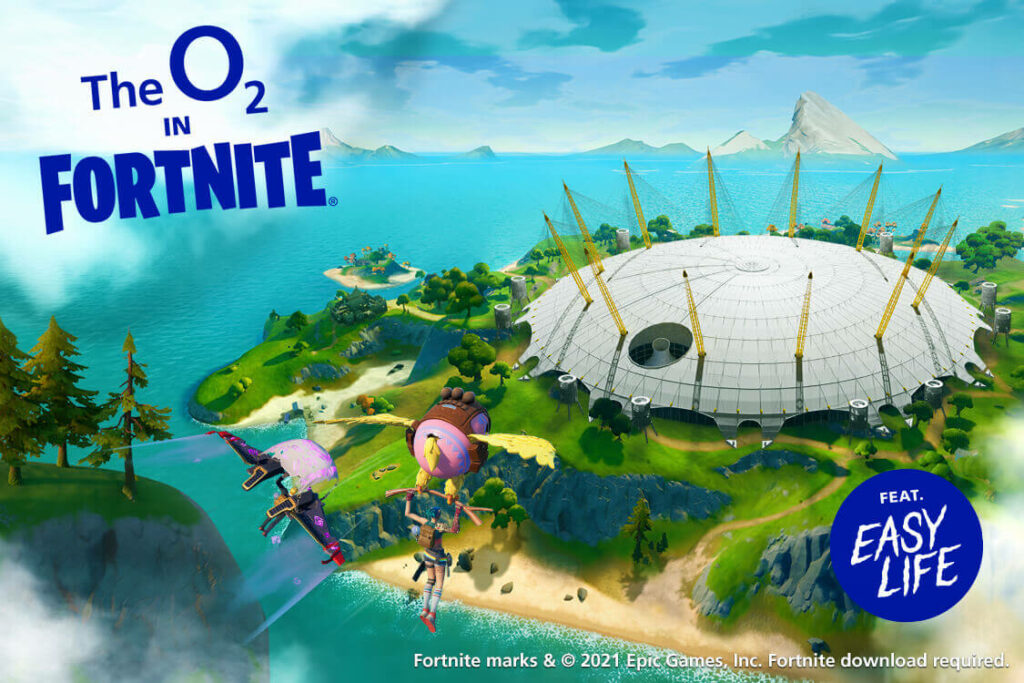 Together with Island Records and O2, Epic Games and Island have announced today that The O2 will be part of Fortnite Creative, the world’s largest video game franchise. During Fortnite Creative celebrations, Leicester-based band easy life will perform an exclusive performance.

With the launch of the Priority app, O2 customers will be eligible to win special prizes, such as tickets to future easy-life shows at O2 venues. This will be the first time The O2 has been featured in a videogame. As part of Fortnite Creative, the band will be performing tracks from its debut album ‘life’s a beach’ as well as hosting an interactive musical experience in The O2.

By watching experiences in the LIVE arena, users can unlock the Squeezy Life Spray, Lobby Track, and Backstage Areas as seen in Fortnite and easy life.

It is much more than just a single show, as the music and lyrics of the band have an impact on the audience during the concert. During the show, six unique areas will be revealed, each based on a different song from life’s a beach – which the show takes inspiration from.

Easy Life will perform the O2 in Fortnite Creative, and fans who wish to catch an exclusive set may be able to do so early since much of their headline tour is sold out. Additionally to Easy Life and Fortnite performing in-game, each artist has created a brand new, in-game-only lobby track that can be heard after attending the experience.