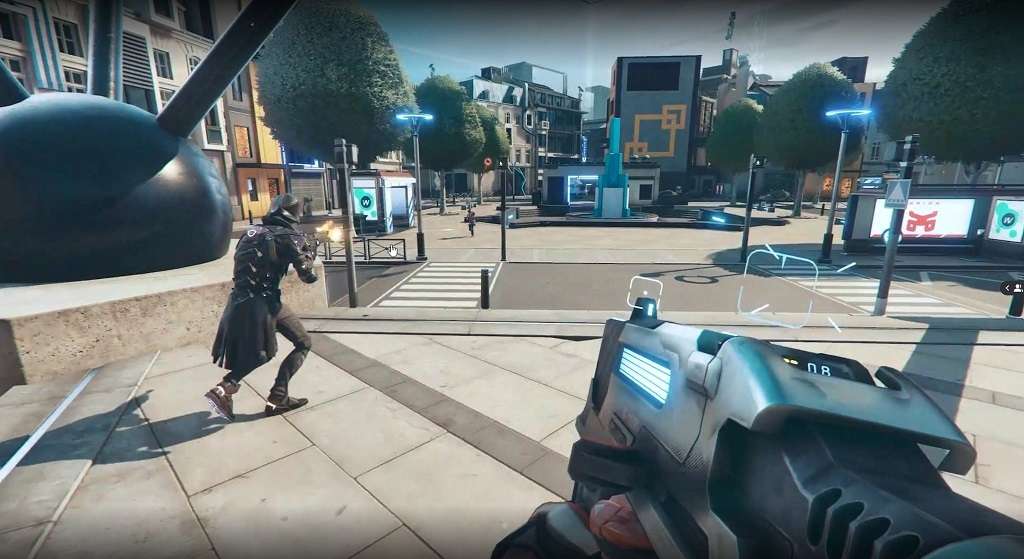 Today (15th September) UK based In-Game Advertising company Bidstack have announced that they have entered into an exclusive agreement with Ubisoft. The agreement will see Bidstacks ad-tech being used to dynamically offer brands the ability to feature within the free-to-play game. Contributing to a new revenue stream for the developers, allowing the game to remain free to play; and importantly, keeping the gamer deeply immersed without disruptive interruption.

Since the game was released in July in ‘Open Beta’ form, we have been watching closely for signs of the native billboards to show content from the real world

Hyper Scape is a free-to-play fast-paced urban battle royale first person shooter. Developed by Ubisoft Montreal, Hyper Scape takes place in the distant future of 2054, where up to 100 Contenders descend upon the virtual city of Neo-Arcadia to engage in action-packed and fast-paced matches to be crowned champion.

“This deal shows the progress the business has made over the last two years. The team at Ubisoft has become a close partner, and together we’re excited to empower advertisers to run campaigns within the cross-platform battle royale Hyper Scape.

“We look forward to delivering true ‘virtual out of home’ advertising campaigns into these open world gaming environments together with our global relationships with game publishers and developers, agency holding groups and brands direct.

“This agreement signifies another major milestone for not only the Company but the native in-game advertising industry as a whole.”

Another game for Bidstacks growing inventory which has seen their technology implemented within games such as Football Manager, Grid, Dirt Rally 2.0 and confirmed to feature in the upcoming Dirt 5 game.

The announcement coincides with the timing of another announcement by Ubisoft regarding it’s new limited-time mode called “Turbo Mode”, which also launches today (15th September).

Whilst the agreement is confirmed as being in affect, we are yet to see the results of native advertising within the game, and current detail circulated does not indicate what date we can expect to see this…but we’ll keep our eyes peeled

According to a videoadnews.com article published in July, Bidstack CEO James Draper is quoted as saying:

James Draper, CEO of in-game ad platform Bidstack, said Hyper Scape is a hint at what is to come. “It’s like watching a movie where as a crowd, you’re able to influence what happens,” he said. “You could see it having a big impact on esports too. You might have new types of games where crowd members could jump in to temporarily assist their favorite teams, or can vote to shut down certain parts of the map.”

Draper said it’s likely that games built specifically to work with live streaming interactivity would have most success, rather than those which crowbar interactivity into an existing title or franchise

The article was in relation to the game, as well as a new interactive feature implemented between Twitch and Ubisoft where viewers could interact with the game and influence the gameplay experience