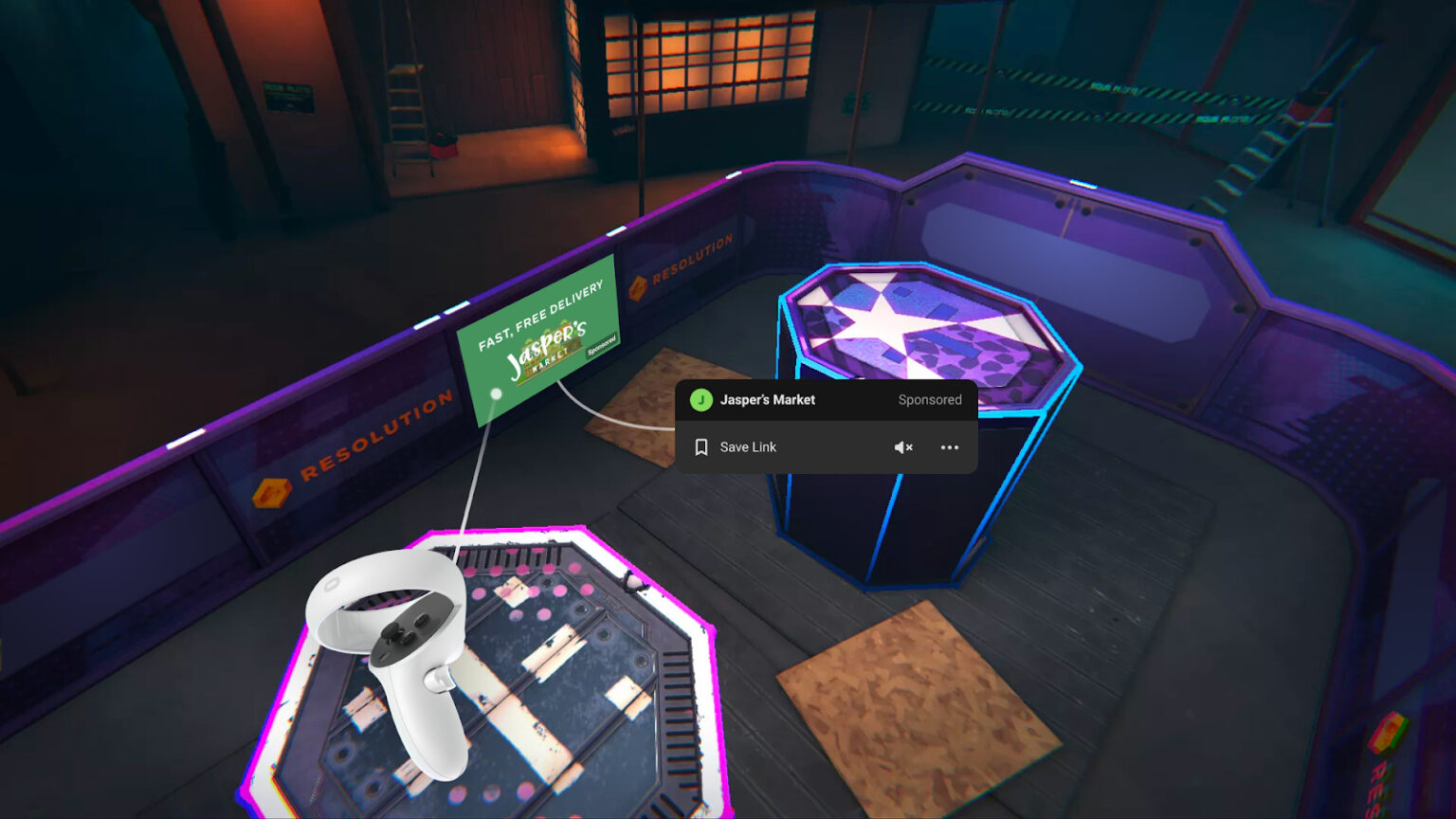 It was announced last month that Facebook would soon start testing mobile ads within Oculus, which is designed to help developers create new experiences for their audience as well as be able to demonstrate their VR applications.

Facebook have now released details of the next phase using a small test of in-headset ads. In the coming weeks, they plan to experiment with Blaston from Resolution Games as well as a few more developers.

In addition to bringing more people into virtual reality, Facebook Reality Labs also plans to create a self-sustaining platform for developers and to also allow Facebook to continue developing their AR and VR hardware through sustainable revenue generation.

Right now, Facebook says this is just a test with a few apps. They will be monitoring the results and incorporating feedback from developers and the community. They will then provide further details about when ads will be available to the public, as well as guidance for businesses and developers interested in advertising.

Facebook seems to be developing a dynamic functionality that allows ads to be relevant and targeted, allowing users to hide ads from advertisers they don’t want to see.

Facebook says the addition of ads on the Oculus platform will not change its privacy policies or advertising policies. The company also assures consumers that they do not use any information that is processed or stored on the headsets for targeting purposes. In this case, your headset will process images that will never leave your device.

Facebook claims that this is a new innovation for the industry as they also explore the introduction of new formats of advertising that will be designed specifically for VR.

As of now, it is unclear whether Facebook intends to monopolize advertising through its headsets or whether other in-game advertising companies might also be able to incorporate their own technology.